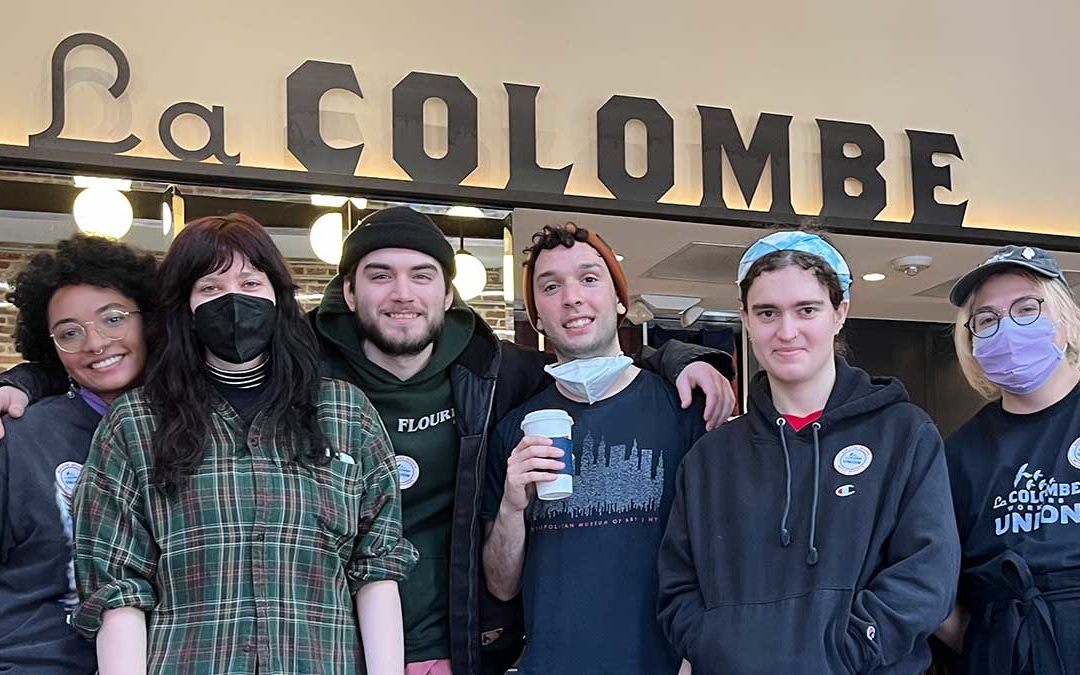 The Chinatown location in Washington, DC is the first La Colombe to unionize in the country

The workers organizing committee released the following statement regarding the effort:

“We are ecstatic to announce that a supermajority of workers at the Chinatown location voted today in favor of unionization, in our first (of many) elections.

“Our union has existed through the solidarity, friendship, and camaraderie we have shared with each other at work for many months. Today, we have won legal and formal recognition of the reality we have known to be true on the shop floor. We hope management accepts the result of our election, and meets with us to begin bargaining a contract.

“We look forward to further election victories at our other locations, to more shops and more cities joining our effort, and to bargaining alongside our coworkers across the country.”

La Colombe operates five cafes in the District of Columbia. Workers at the Chinatown location (900 6th St NW) are the first in the national chain to unionize. Five other locations have filed for union elections as well, including the Farragut location in Washington, DC (1710 Eye Street NW), as well as four cafes in Chicago.

Union organizing efforts are also sweeping through the DMV region, where in the last few months workers at Books-A-Million, MOM’s Organic Market, Union Kitchen, Politics and Prose, and Zen Leaf dispensary have all unionized, announced plans to unionize, or ratified their first union contracts.