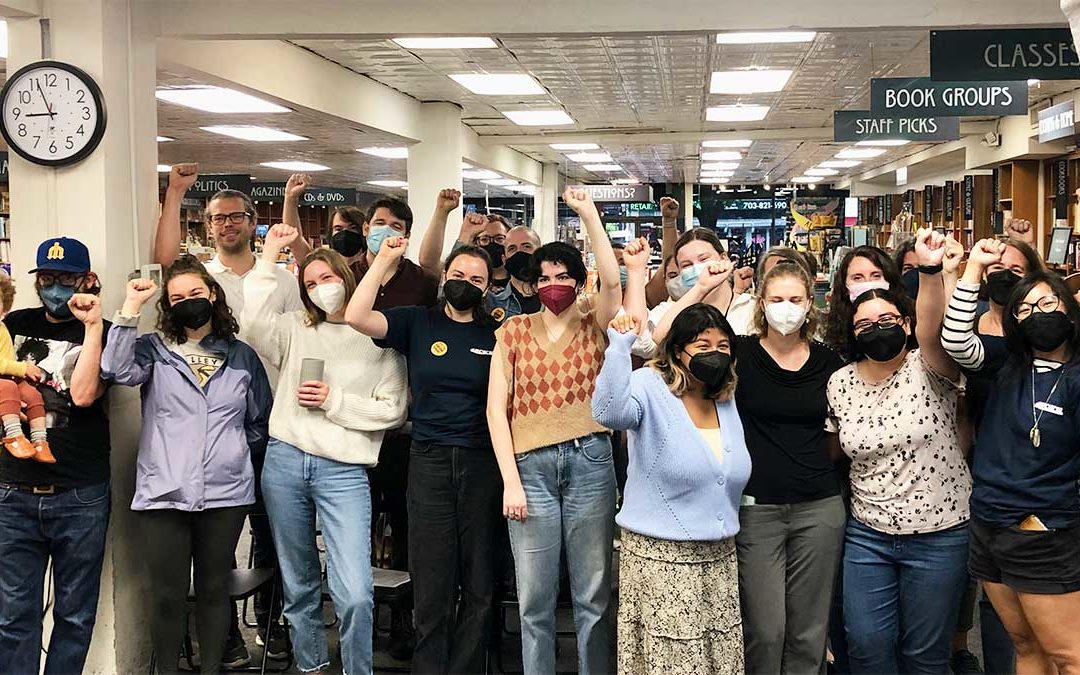 WASHINGTON, D.C. (September 6, 2022) – Today, workers at Politics and Prose, the iconic DC bookstore and coffeehouse, voted to ratify their first collective bargaining agreement to become the first bookstore in the District to both unionize and reach a contract. The workers affiliated with the United Food & Commercial Workers Local 400.

“The ratification this morning shows that the workers are eager to start this new chapter at Politics and Prose,” said John Fisher, a branch bookseller at the Wharf location. “It’s not a mystery, it’s not a thriller. When workers first considered unionizing, some people thought it was fantasy. But now it’s a reality and I’m excited to find out what happens next.”

“We are incredibly elated to have arrived here after eight months of hard work, and it is an honor to be part of this union organizing wave that is happening across the country,” said Isa Salazar, a subscriptions coordinator who has worked at Politics and Prose for two years. “We wouldn’t be where we are without the passion and care of everyone at the bookstore and I’m just overwhelmed and excited to see what happens next.”

“These workers reached a groundbreaking contract in record time,” said Mark Federici, President of UFCW Local 400. “That’s no small feat. While most contracts take well over a year to settle, thanks to the dedication and commitment these workers have to each other and their employer, they were able to reach an agreement in a matter of months. Today’s achievement ensures that Politics and Prose will continue to succeed and serve the community well into the future.”

“We’re pleased to have reached mutual agreement with UFCW Local 400 on P&P’s first union contract. The agreement incorporates key policies and practices that have been in place at P&P for years, affirming the bookstore’s proud history of supporting our staff. Other provisions build on this history and will bring additional clarity and structure to P&P’s operations. We look forward to continuing to work cooperatively and constructively with the union in achieving our joint goal of strengthening P&P for our community of readers.”

The groundbreaking three-year contract covers approximately 50 current workers and builds on P&P’s already generous leave and fringe benefits programs to provide comprehensive benefits and union protections for the staff, including:

Politics and Prose employees became the first bookstore in the District to unionize after owners Bradley Graham and Lissa Muscatine agreed to voluntarily recognize the union in January. Negotiations on a first collective bargaining agreement began shortly after and a tentative agreement on a new contract was announced on August 30. On September 6, workers voted 33–4 in favor of ratifying the contract.

Today’s announcement coincides with a wave of union organizing occurring across the country, notably at major corporations such as Starbucks and Amazon. Locally, grocery retail workers at Union Kitchen unionized with UFCW Local 400 in June and they are now in the process of negotiating their first contract. More recently, cannabis workers at Zen Leaf dispensary in Germantown unionized with UFCW Local 400 a few weeks ago.