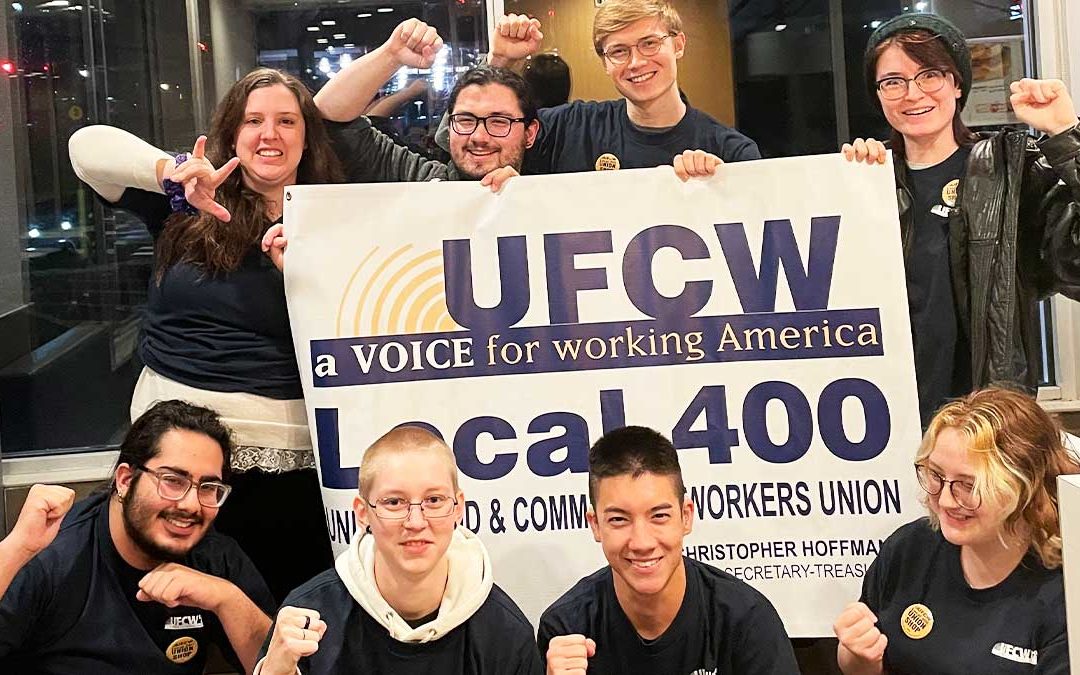 “As lovers of books and the work we do we, the Books-A-Million staff, are unionizing. We have filed for a union election with the National Labor Relations Board (NLRB) and with the intention that we will soon become the first Books-A-Million store to unionize. We are grateful for any support we have gotten and are hopeful for more, especially once we share our stories. We look forward to voting for our union when we receive our election date from the NLRB, and negotiating our first contract alongside, and hope for support from anyone who wants to write this next chapter with us.”

Every single worker at the store signed union authorization cards in support of the effort. The workers filed for a union election through the National Labor Relations Board yesterday and plan to become the first Books-A-Million location in the country to unionize. The union would cover 15 employees at the Leesburg location (512 E Market St #19, Leesburg, VA 20176). According to the company’s website, Books-A-Million currently operates more than 260 stores in 32 states and the District of Columbia.

Today’s announcement is the latest in a wave of workplaces to recently organize with UFCW Local 400. Booksellers at Politics and Prose recently became the first unionized bookstore in Washington, DC. Last week, workers at MOM’s Organic Market in College Park recently filed for a union election shortly after two other stores in the Baltimore area unionized. Grocery workers at Union Kitchen markets unionized earlier this year and are in the process of negotiating their first collective bargaining agreement. And in August, cannabis workers at Zen Leaf dispensary in Germantown unionized with UFCW Local 400 as well.

The wave of unionizing workplaces is not limited to the DMV region. Other booksellers are unionizing around the country as well, such as Half Price Books in the Midwest. According to the NLRB, union elections filings in the first half of fiscal year 2022 are up 57% from the year before and  approval of labor unions is at its highest point since 1965 according to a recent Gallup poll.