Workers Are Unionizing at La Colombe Coffee Roasters in DC 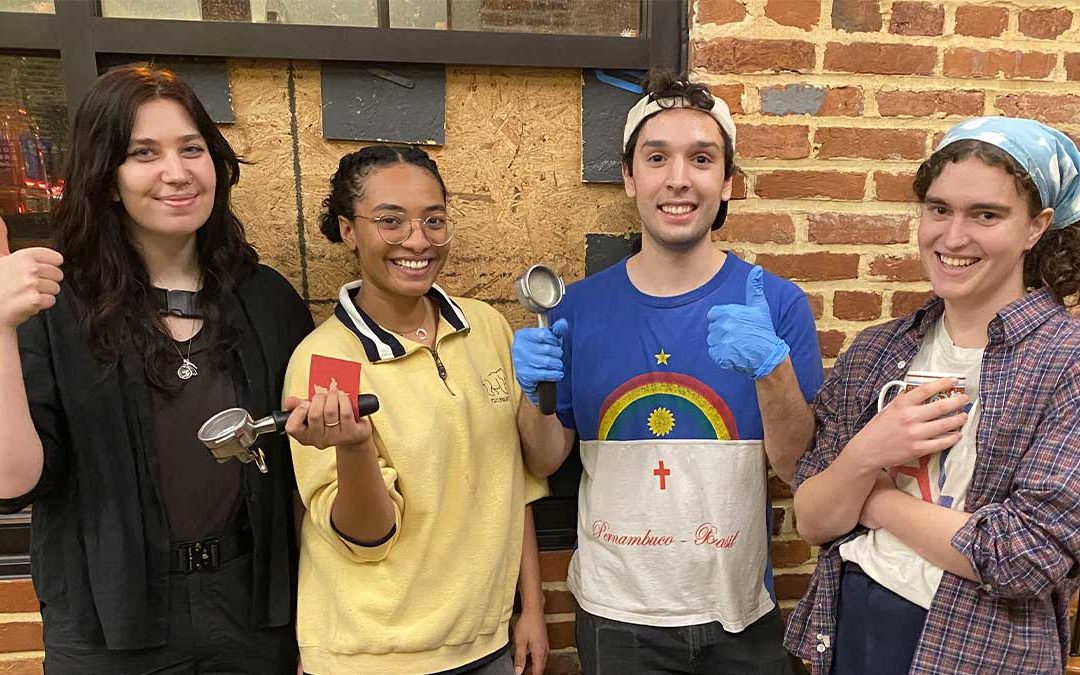 “We, the workers of La Colombe, have decided to form a union. We are a collective of baristas in Washington, DC committed to making the world better through coffee and to creating a safe, fair, and equitable workplace we can all be proud of.

“A super majority of full- and part-time employees at La Colombe’s Chinatown location have signed cards authorizing UFCW Local 400 to represent us for the purpose of collective bargaining.

“We call on management to voluntarily recognize our union. If not, we will file for a union election through the National Labor Relations Board. Either way, we are unionizing. We look forward to negotiating a union contract to address our concerns and create a more positive workplace.”

La Colombe operates five cafes in the District of Columbia. Workers at the Chinatown location (900 6th St NW, Washington, DC 20001) are seeking a union and plan to organize other stores as well.

Today’s announcement coincides with a wave of union organizing occurring across the country, notably at major corporations such as Starbucks and Amazon. In the District of Columbia, baristas and booksellers at Politics and Prose recently became the first unionized bookstore in the city and affiliated with UFCW Local 400. Grocery workers at Union Kitchen markets unionized earlier this year and are in the process of negotiating their first collective bargaining agreement. Outside of the District, workers at MOM’s Organic Market in College Park recently filed for a union election shortly after two other stores in the Baltimore area unionized. And in August, cannabis workers at Zen Leaf dispensary in Germantown unionized with UFCW Local 400 as well.