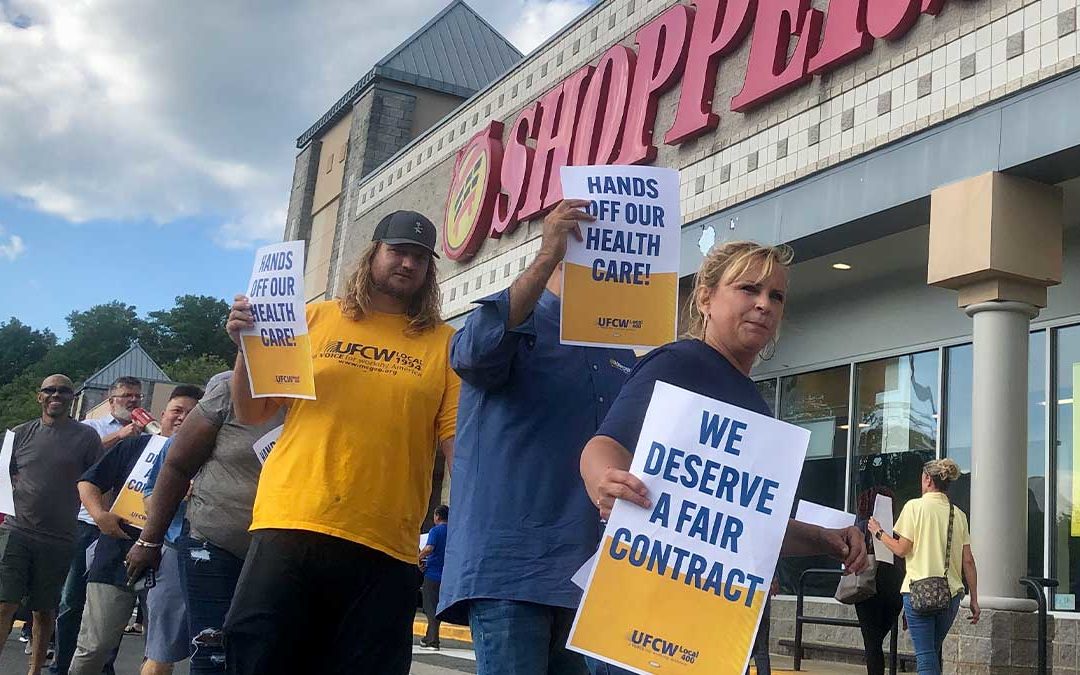 Workers are demanding a new union contract for 1,200 Shoppers employees after years of stalled negotiations

CAPITOL HEIGHTS, Md. (September 29, 2022) – Today, union workers from Shoppers grocery stores will be joined by Prince George’s County candidates for a protest at the grand reopening of a store in Capitol Heights to call on the company to agree to a new union contract.

The workers are members of the United Food & Commercial Workers (UFCW) Union, which represents approximately 1,200 Shoppers associates at all stores in the greater DMV and Baltimore regions. The union has been in negotiations over a new contract with Shoppers’ parent company, UNFI, since the early days of the pandemic. In that time, many workers have gone without a single raise. Over the summer, the union held many protests at stores throughout the region to demand a new contract.

“These men and women risked their lives to keep our communities fed during the pandemic, but instead of rewarding them, UNFI has stalled and delayed negotiating a new union contract at Shoppers for more than two years,” said Mark Federici, president of UFCW Local 400, which represents Shoppers associates at stores in the Washington Metropolitan region. “Thanks to UNFI’s delay tactics, many of these workers haven’t seen a raise in years. That’s no way to treat essential workers. It’s time for UNFI to get serious and negotiate a fair contract now!”

In early 2020, the Capitol Heights store was closed along with 12 other locations as UNFI moved to divest from its retail operations. But after business boomed during the pandemic, the company reversed course and is now opening new stores.

The previous collective bargaining agreement between the union and Shoppers expired on July 11, 2020 and Shoppers employees have been working under a contract extension since then.