Keep the Pressure On for a Fair Contract at Shoppers 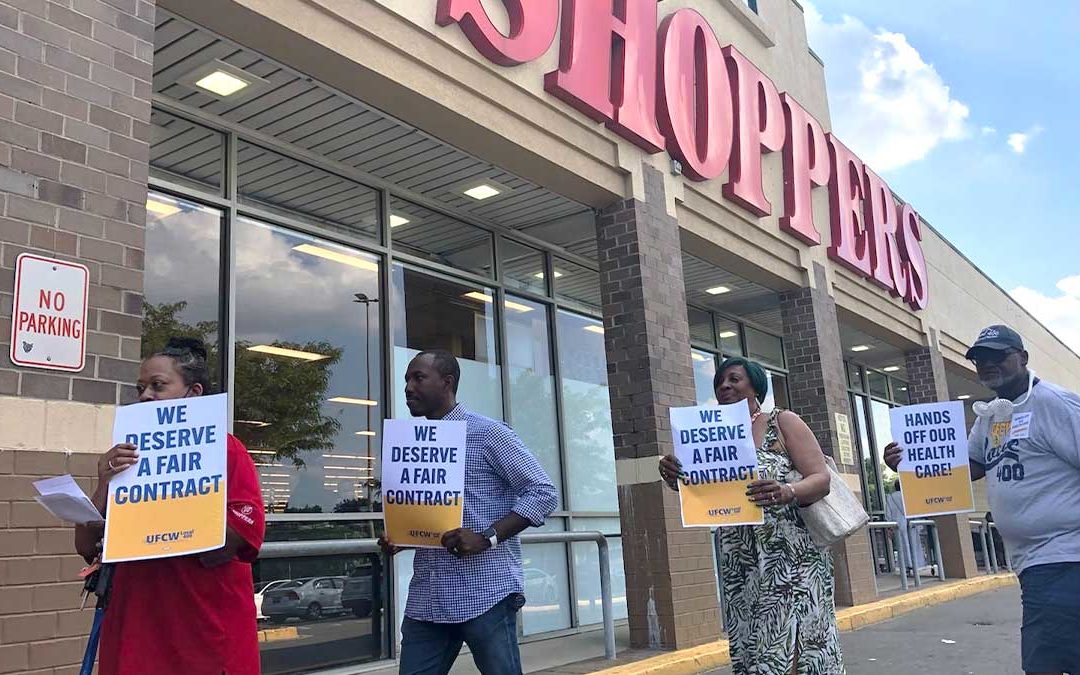 After more than two years of back-and-forth with UNFI corporate executives, we remain without a contract at Shoppers. It wasn’t until we announced our first protest on July 20th that UNFI started to respond. Enough is enough, we won’t let up until we get the fair contract we deserve!

Because UNFI has been dragging their feet this whole time, many of us haven’t gotten a raise in over a year. On top of that, the company is refusing to fully fund our health care and retirement benefits, which could result in the health fund being unable to pay claims.

We cannot let that happen to ourselves or our families. We have earned these benefits, we rely on them, and we cannot let UNFI put them at risk through their greed.

Our protest on July 20th got the company to respond. Now we have to keep the pressure on! We’re holding weekly actions for the next month. Join us at a store near you: