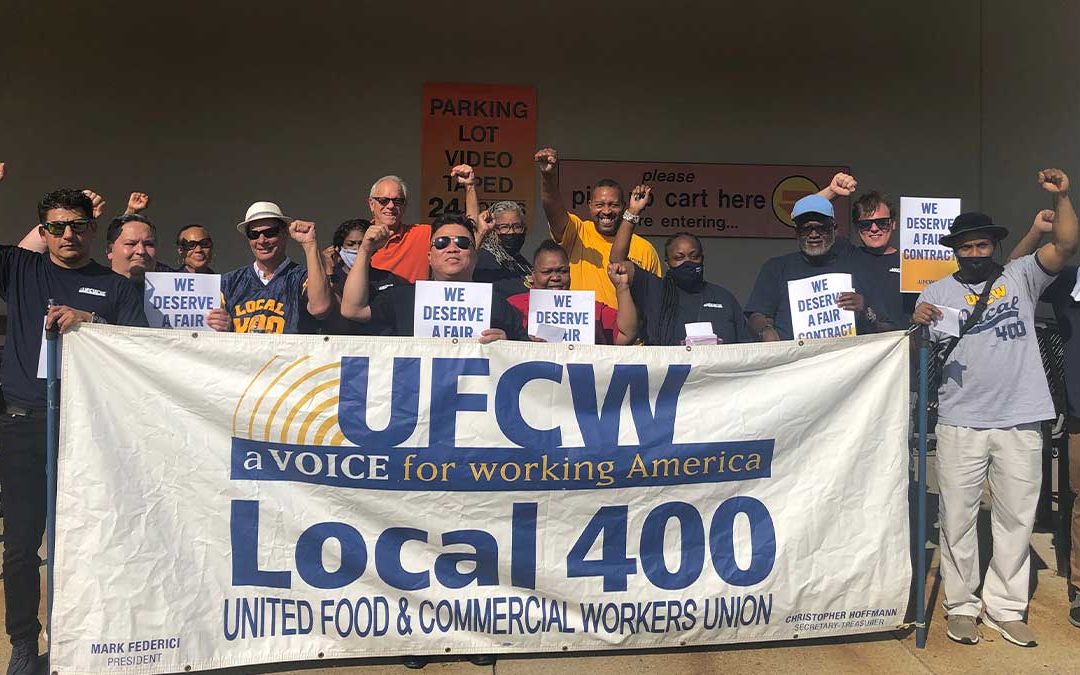 Thank you to everyone who has joined us for one of our weekly Shoppers protests. Our efforts have brought UNFI back to the bargaining table!

After dragging their feet for months, UNFI has finally agreed to new bargaining dates to negotiate our next contract. We’ll be meeting with UNFI representatives August 29th-31st and September 6th-7th. This would not have happened without our weekly actions putting pressure on the company to do the right thing.

UNFI is back at the table, but we’re not out of the woods yet. The company is still putting your health care and pension benefits at risk by refusing to fully fund them. We can’t let this happen.

We have to keep the pressure on! We have more actions scheduled through the end of August. Join us at an upcoming protest near you:

Thanks to the actions we took in August, we forced UNFI back to the bargaining table. Over the past two weeks, we have met with UNFI representatives several times and we have scheduled negotiations to continue through the end of the month. Once this next series of talks concludes, we will be reschedule the Tele-Town Hall to provide everyone with an update and announce next steps.

Together, we will get the contract we deserve. It will take all of us and I know we can count on you. We will continue to keep you updated every step of the way. Thank you for being a member of the Local 400 family.