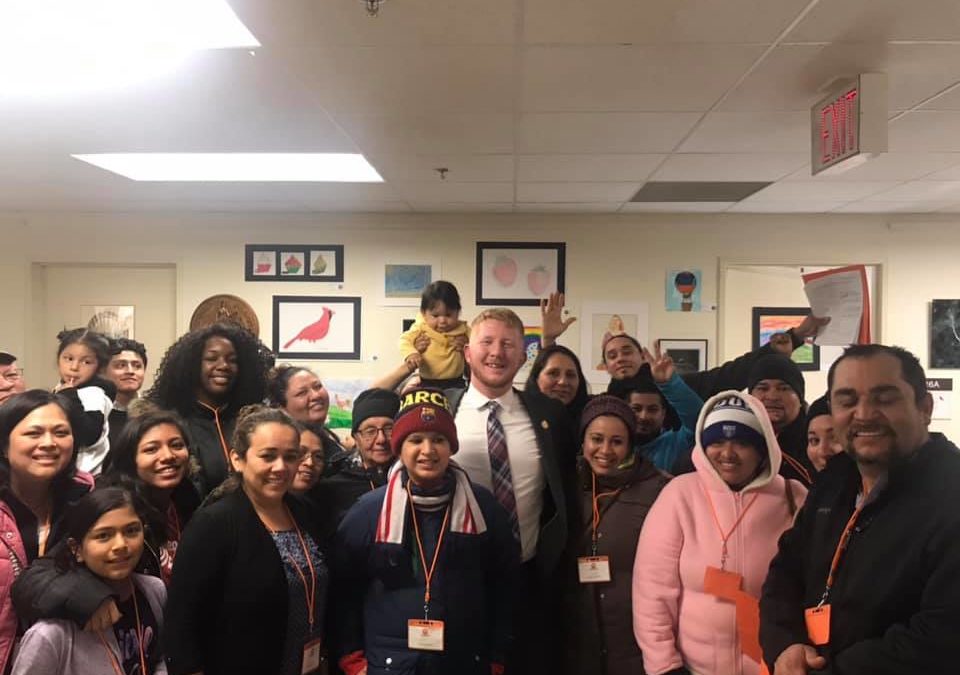 Following on the heels of Local 400 becoming the first union in history to represent the staff of a presidential candidate (Bernie Sanders), members of Virginia Delegate Lee Carter’s campaign staff have organized with Local 400 and bargained their first contract. This is believed to be the first collective bargaining agreement to ever cover the staff of a political campaign in Virginia.

In May, Carter—who represents the 50th District covering the City of Manassas and part of Prince William County—signed an agreement to be neutral in his staff’s organizing drive and he immediately recognized Local 400 when a majority of his campaign’s employees signed union cards. Bargaining started immediately and resulted in a contract that guarantees living wages, full health benefits, and humane working conditions.

“All workers are better off with union representation and that’s true whether you’re working at a grocery store or a political campaign,” said Local 400 President Mark P. Federici. “We applaud Delegate Carter, who has not only been a great fighter for working families in the House of Delegates but who is practicing what he preaches. And we congratulate his staff members for empowering themselves through collective bargaining.”

“It’s a matter of walking the walk,” Carter told The Washington Post. “Every worker should have a union, and that doesn’t stop just because they work for me. These folks are working hard, day in and day out.”

The contract provides that senior staff are paid at least $4,000/month. Hourly employees will make at least $20/hour and receive time-and-a-half after an eight-hour day or 40-hour work week. All employees will receive comprehensive health benefits with 100 percent of the premium paid by the campaign.

Notably, in a field where workers typically put in obscenely long hours, the contract provides that salaried employees are expected to work a five-day week, though they will be available on most off-days in case of emergency. They will receive four days each month when they will be off and not on call. In addition, all employees will accrue the equivalent of 20 paid vacation days a year.

“Our collective bargaining agreements will help the Bernie Sanders and Lee Carter campaigns, because their employees will be far less likely than most to suffer burnout and exhaustion, and will instead be working at maximum productivity and effectiveness,” Federici said. “It will also aid in recruiting the best available campaign staffers out there. These experiences will provide further proof that going union is the best strategy for any employer that seeks to win, whether in the political arena or in the marketplace.”

Carter is running for re-election in the November 5, 2019 elections for Virginia General Assembly. Even before his staff organized, Local 400 enthusiastically endorsed his campaign because of his 100 percent pro-worker record in the House of Delegates.