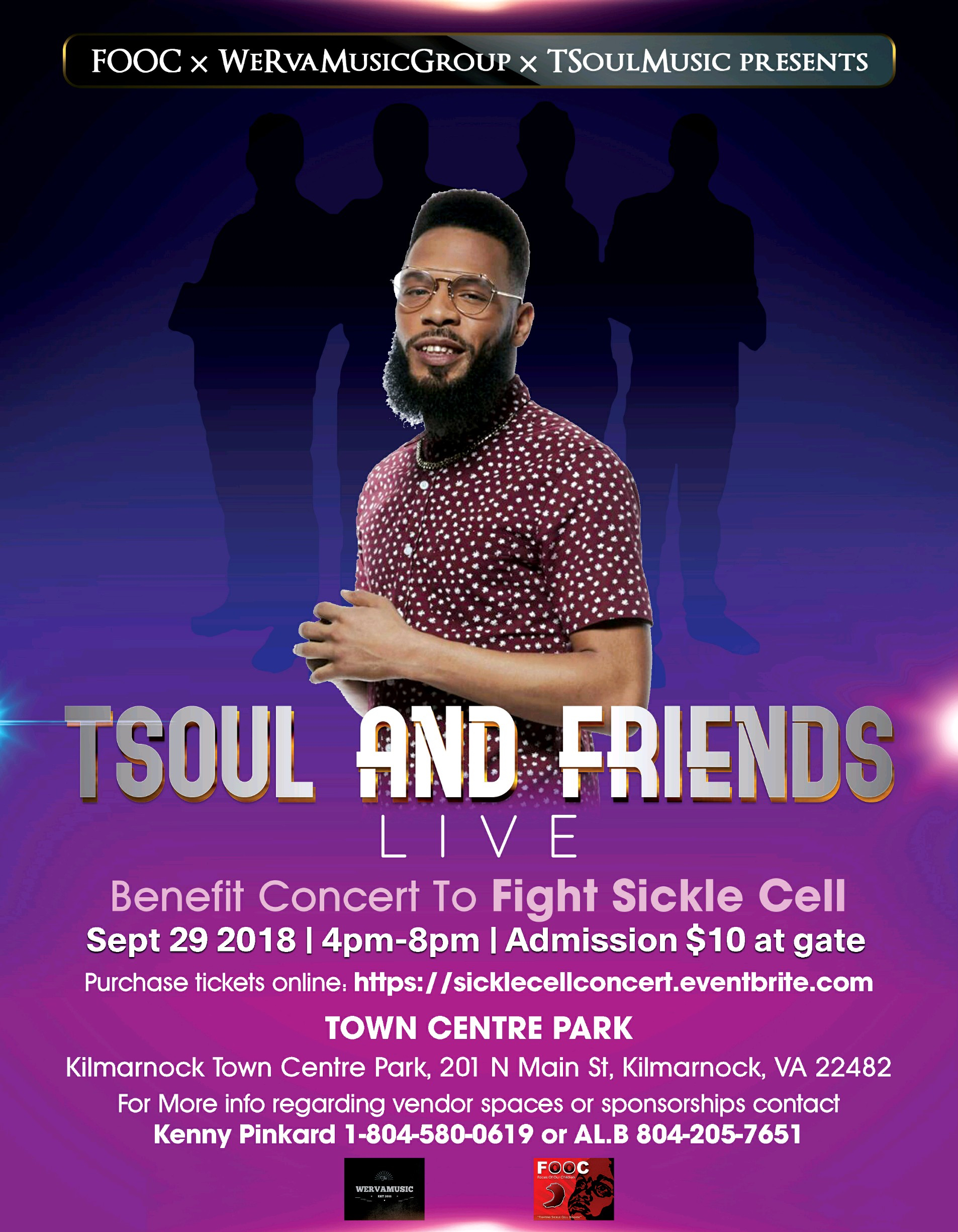 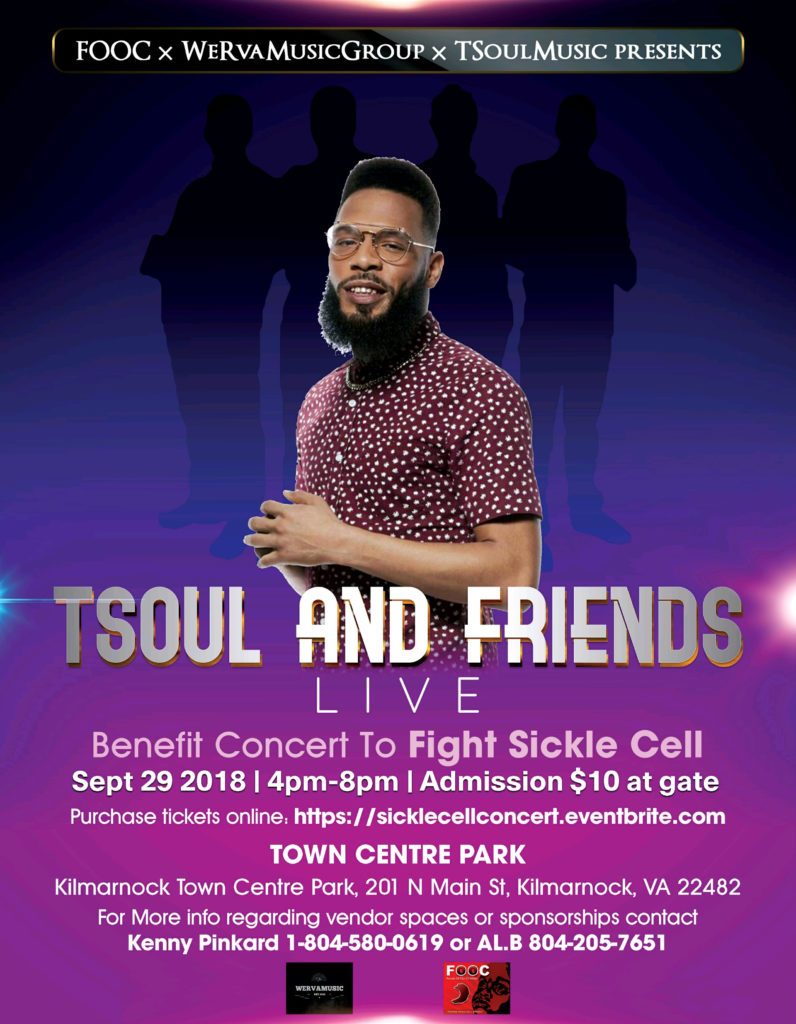 TSoul, the popular finalist on Season 12 of NBC’s “The Voice” and son of Local 400 member and representative Kenny Pinkard, is hosting a charity event to raise money to fight Sickle Cell Anemia. The benefit concert will be held Saturday, September 29 at Kilmarnock Town Center Park in Kilmarnock, Va. to help raise money and awareness for the FACES of Our Children Charity.

For more than 15 years, the UFCW has worked with FACES OF OUR CHILDREN (FOOC) – an organization dedicated to raising awareness, support and funding for the fight against sickle cell disease.  UFCW has raised millions of dollars to support FOOC’s efforts to deliver educational programs and materials through the internet, traditional media, schools, and community-based organizations.  FOOC also works to advance public policy and increase government and corporate funding with the goal of bettering the lives of people who suffer from (and ultimately finding a cure for) this deadly disease.

What is Sickle Cell Disease?

Sickle Cell is an inherited but not contagious, blood disorder where normal round shaped red blood cells change to a quater-moon (sickled) shape. Sickle shaped cells have difficulty passing through small blood vessels so they can jam up. When the cells jam up, the flow of blood and oxygen to body parts are blocked causing extreme pain. It also can cause damage to muscles, bones, and internal organs. Today, approximately 1 in 500 African American children are born with sickle cell disease making it the most common long term illness identified in this population.

In Virginia, 1 in 325 babies are born with sickle cell disease. It is estimated that over 4,000 persons in the Commonwealth of Virginia are potentially living with the disease.