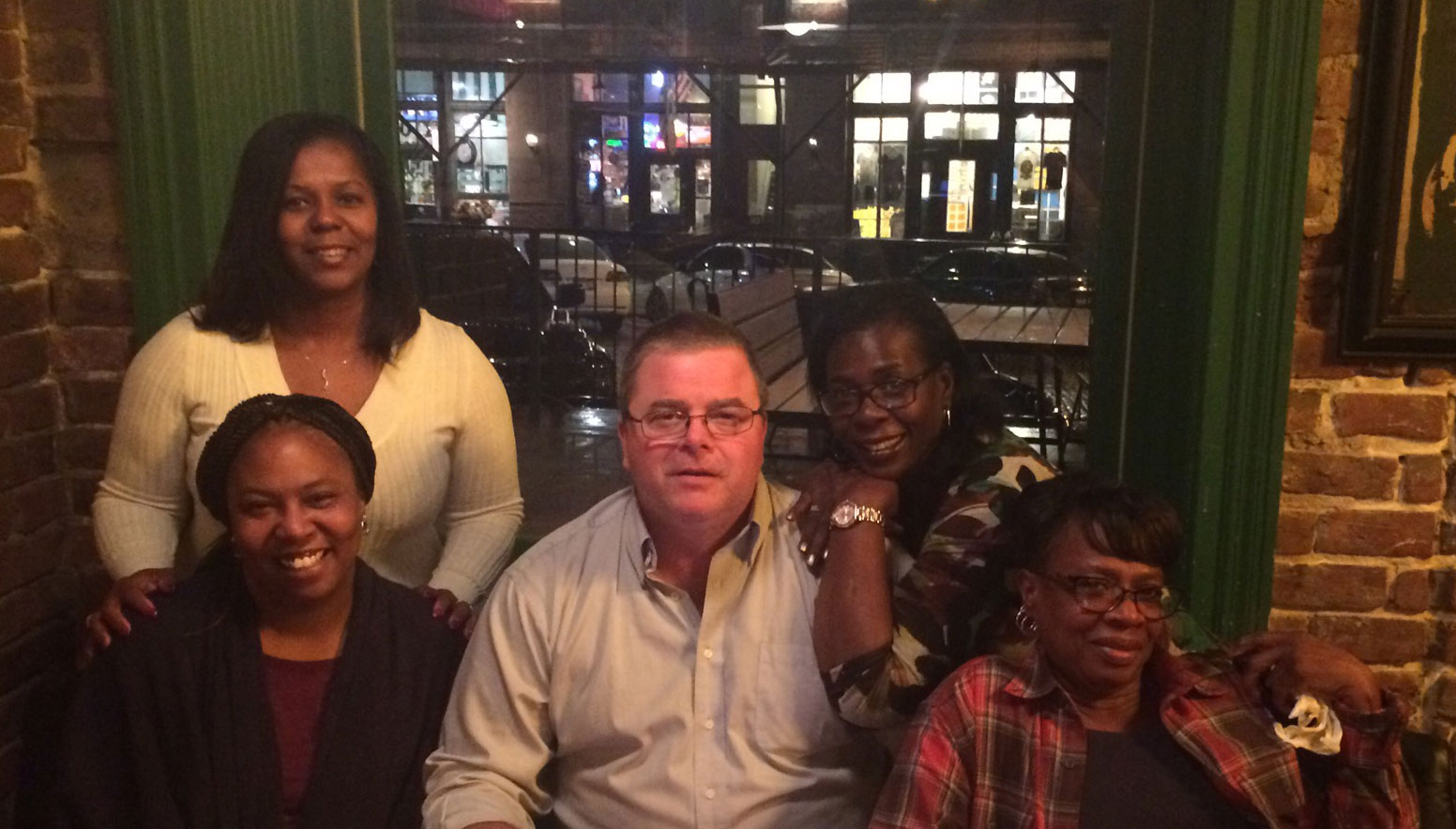 For Local 400 representative Misty Wrenn, it was an eye-opening, powerful experience.

Having once worked for five years at the Smithfield pork plant in Smithfield, Va., Misty knew first-hand how tough conditions could be inside the facilities where animals are slaughtered, and meat is cut, processed and packaged. But what she heard from her sisters and brothers at the recent UFCW Meatpacking and Food Processing Chain Conference in Omaha was still shocking.

“What really got me is that now, the poultry companies want to speed up their lines to the point where they’re processing 175 birds a minute,” Misty said. “That’s insane. There is no way you can be doing this. I can’t imagine working like that.

“It just isn’t right, no one can do that much,” she noted. “How many workers will hurt themselves, lose a finger, or get carpal tunnel?”

The U.S. Department of Agriculture (USDA), which regulates meat and poultry processing, is currently considering a petition by the National Chicken Council to eliminate the current line speed limit of 140 birds per minute. This not only threatens worker health—it threatens consumer health, too. As retired USDA food safety inspector Phyllis McKelvey told National Public Radio, “These machines will pull the viscera, which is the guts of the chicken. And a lot of times the guts hang on their prongs and those machines just get covered up in guts, which is slinging manure all over the product.”

Misty was also deeply moved by Conference attendees’ stories about the Trump Administration’s changes in immigration policy. Meat and poultry processing plants will be directly impacted by this because they employ a high proportion of immigrants.

“It really tore me up to hear about how so many immigrants are exploited, harassed and mistreated, and now are at risk of being sent back to countries where they haven’t lived in years, even decades,” she said.

“They have families here; what’s going to happen to their kids if they’re sent back?” Misty asked. “The repeal of DACA is threatening young people who have lived in the U.S. since they were little children and have no memory of the country they were born in. There are deportations. And people from Haiti, Nicaragua and Honduras are about to have their visas revoked next year. This is really sad.”

Again, the UFCW is fighting back, lobbying Congress to undo Trump administration policies, advising immigrant members about how to protect themselves, and mobilizing public opinion against the cruel impact of immigration raids.

“Immigrants are used by greedy employers for their own selfish reasons,” Misty said. “And the more crackdowns there are, the more immigrants will be driven into an underground economy, where they’re paid even less and have no rights at all. And that, in turn, will drive down wages for all workers.

“I’m proud UFCW is leading the fight for processing plant workers, for immigrants, and for all workers,” she added. “We’re helping people and saving jobs, and that’s why Local 400 is here.”