Kroger’s Top Executives Get Millions While Workers Get Quarters 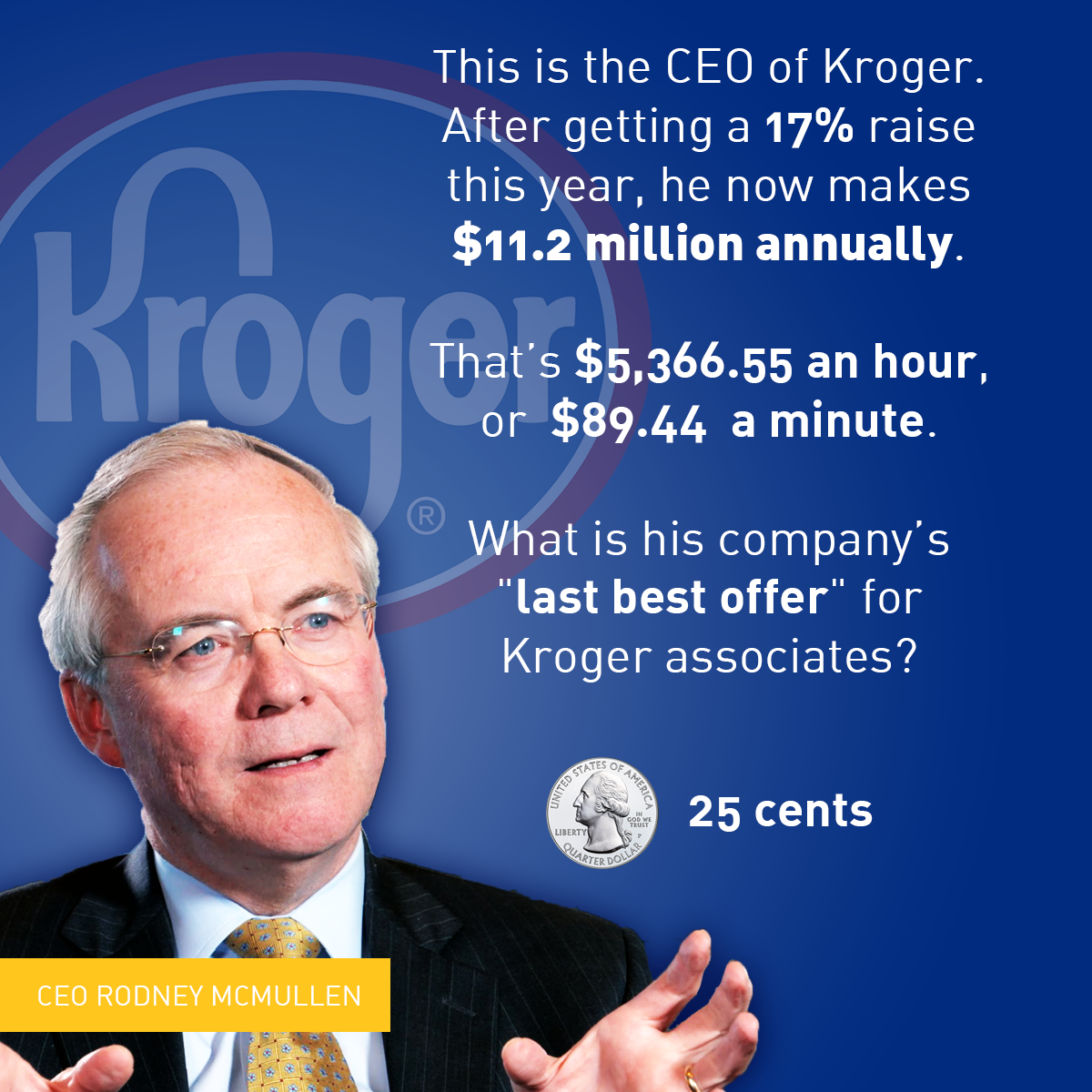 This week, Rodney McMullen, the CEO of Kroger, was rewarded a 17 percent pay raise by the company’s board of directors. His total compensation jumped from $9.2 million to a staggering $11.2 million. Assuming he works an average number of hours per year, which the federal Office of Personnel Management estimates to be 2,087, McMullen now makes $5,366.55 per hour, or $89.44 per minute.

As reported in the Cincinnati Business Journal, “the board pays long-term incentives to executives based on the company’s results in its Customer 1st strategy, employee engagement, cutting costs and generating strong returns on invested capital.” While Kroger’s board provides such long-term incentives to a handful of top executives, the company makes no such offer to the associates who actually work in Kroger stores.

In the Roanoke Valley region, where 41 stores stretching from Kingsport, TN to Harrisonburg, VA are represented by UFCW Local 400, the company’s “last best offer” included only a 25 cent raise for full-time associates. The proposal also provided no paid sick days and would fall short of renewing Kroger’s commitment to providing health insurance for its retirees.

Store managers have been instructed to describe this as a “fair offer” to associates.

A team of thirteen Kroger employees who make up the union’s bargaining team in contract negotiations with the company voted unanimously to reject the company’s offer. The proposal will now be voted on by the entire union membership at a meeting on Wednesday, May 18.

McMullen wasn’t the only corporate executive who saw their total compensation jump from millions to even more millions. Four other top executives saw pay raises, according to the Cincinnati Business Journal: