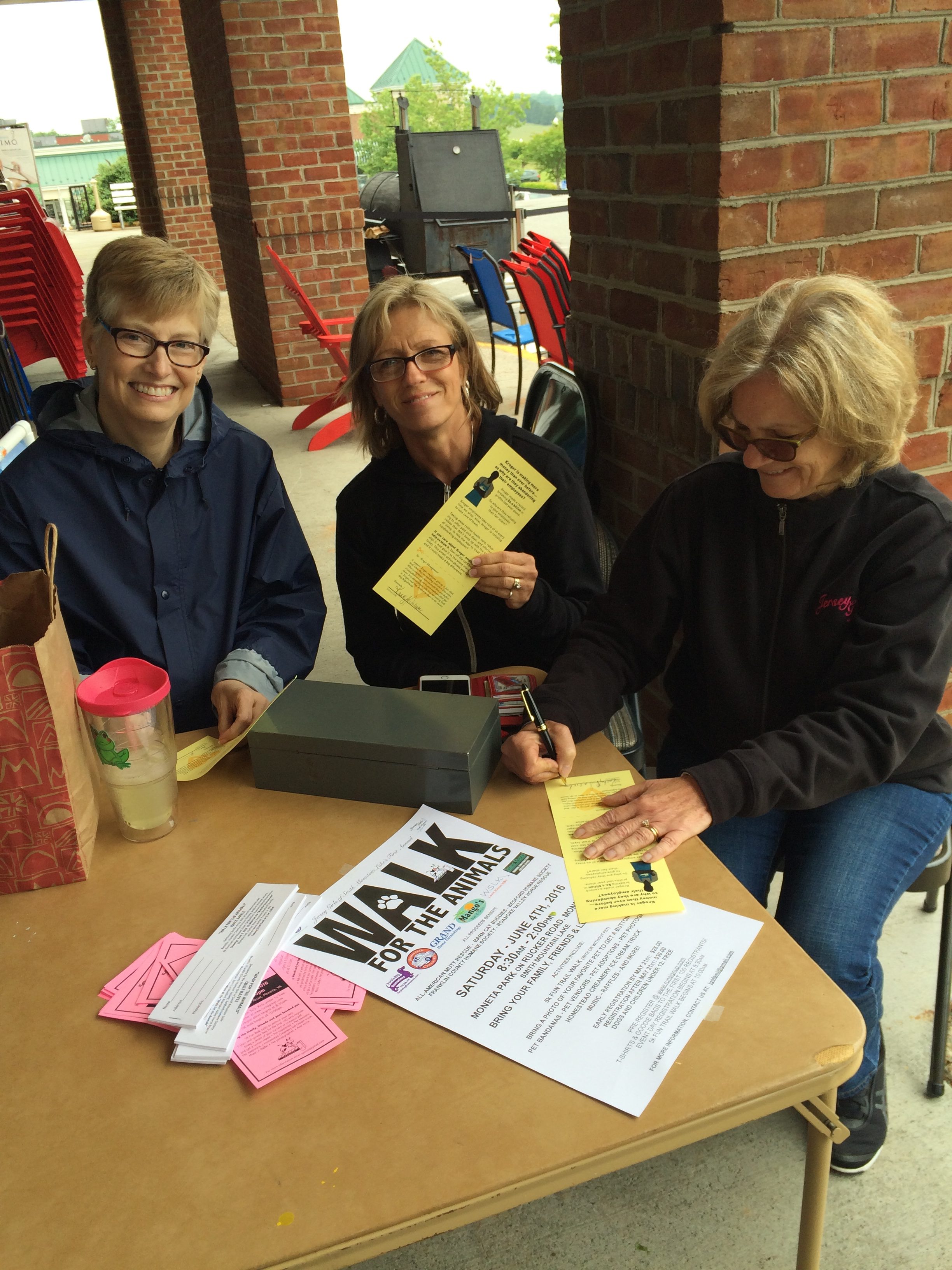 Three shoppers at a store in Hardy, Virginia sign cards in support of Kroger associates to give to the manager.

On Tuesday, Kroger employees and Local 400 staff talked to customers at several stores in the Roanoke region about the company’s awful proposal to offer only slight raises to employees over the next four years, provide no paid sick days, and cut off healthcare for retired workers.

Many customers were shocked to learn that even though Kroger made a record-breaking $2.4 billion in profits last year alone, the company has refused to share the wealth with its own employees. Several shoppers signed cards to store managers saying these workers “deserve to share in the success they have helped to build.”

Unbelievably, managers at several stores threatened the workers for talking to customers. At a few stores, they even called the police. Even though it was clear that no laws were being violated, Kroger apparently thought it could scare away its own employees and cover up the truth about the company’s latest contract proposal.

Of course, it didn’t work.

No one was arrested when the police arrived. In fact, after one union rep explained that union members have a right to leaflet customers at their own stores, the police left immediately and encouraged the workers to keep up the good work.

Ironically, it was in fact the actions of these Kroger store managers that were a clear violation of the law.

Today, employees at several stores have filed “unfair labor practice” charges against Kroger for violating federal labor law, which protects union workers to exercise their rights without retaliation by their employer.