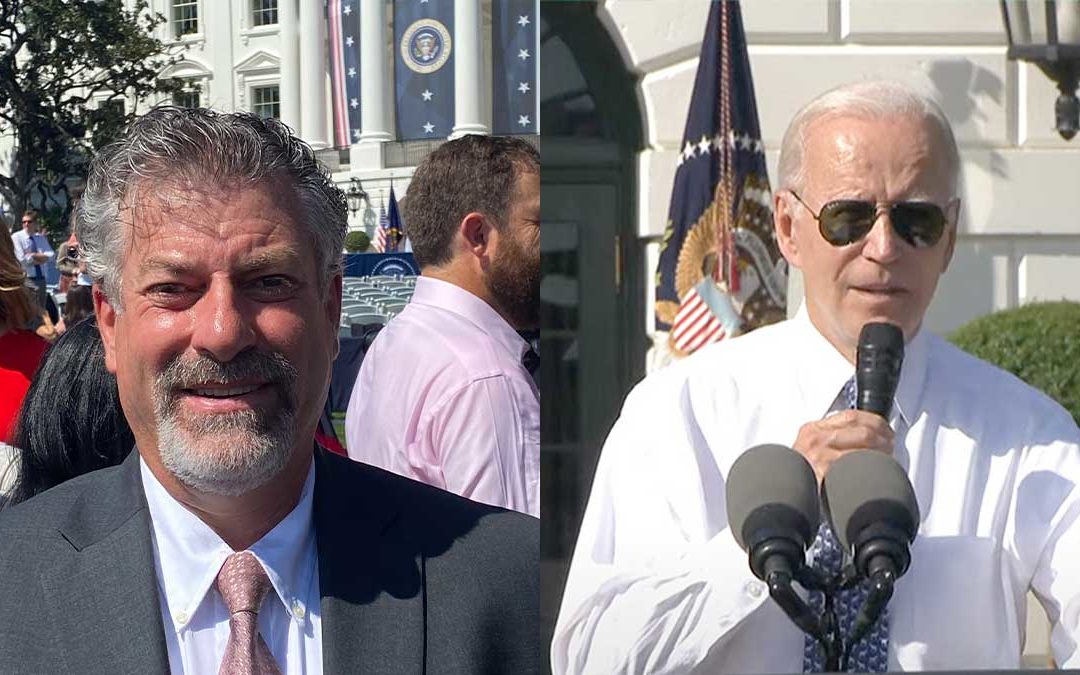 Yesterday, President Biden hosted an event to celebrate the passage of the Inflation Reduction Act, which he signed into law last month.

“With this law, the American people won and special interests lost,” explained President Biden in a speech at the event, describing the groundbreaking law as “the single most important legislation passed in the congress to combat inflation and one of the most significant laws in our nation’s history.”

UFCW Local 400 President Mark Federici was honored to be invited to join the celebration at the White House. “There’s been a lot of talk in the news about this law, but the bottom-line is this bill will have a direct, positive impact on countless working families,” said President Federici. “From lowering health care and prescription drug costs to incentivizing companies to create good-paying union jobs, this is a once-in-a-lifetime piece of legislation. I was truly honored to represent our union to commemorate its passage.”

“Today, as the Inflation Reduction Act of 2022 becomes law, President Biden and Congressional Democrats have finally delivered the action that UFCW’s essential workers and their families have been calling for since the beginning of this Administration.

“The Inflation Reduction Act puts the needs of America’s working families, including every member of UFCW, front and center. This law will put more money back in their pockets by bringing energy prices down and lowering prescription drug costs, will finally ensure the wealthiest corporations begin to pay their fair share, and will protect our members who are disproportionately impacted by the climate crisis by making historic investments to tackle it.

“This law is a massive win for UFCW’s tireless essential workers and every single American family.”

The White House published a fact sheet outlining the major portions of the law and its benefits.