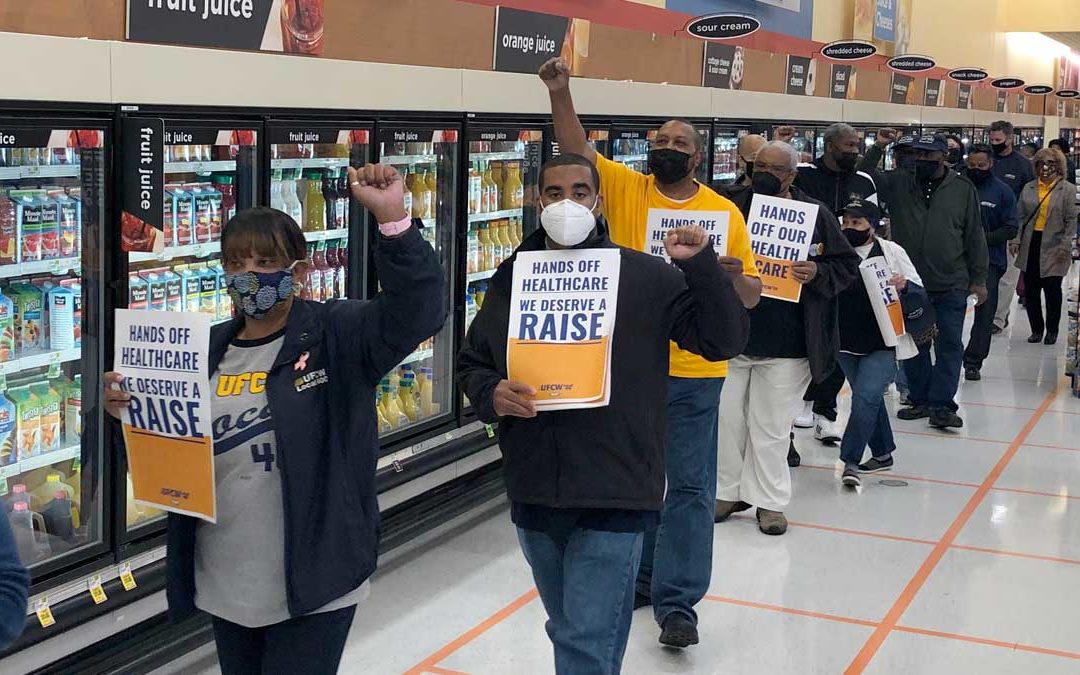 With funding running out, health care and retirement benefits for 1,200 of essential workers are in jeopardy

LANDOVER, Md. (July 13, 2022) – Union workers at Shoppers grocery stores are planning a rally to save their health care and retirement benefits. At least 1,200 essential workers at the company are at risk of losing their coverage as soon as next month because UNFI, Shoppers’ parent company, has refused to fully fund the benefits.

The workers are members of the United Food & Commercial Workers (UFCW) Union, which represents approximately 1,200 Shoppers associates at all stores in the greater DMV and Baltimore regions. The union and Shoppers have been in negotiations over a new contract since the early days of the pandemic.

“For more than two years, UNFI has stalled and delayed negotiating a new union contract at Shoppers,” said Mark Federici, president of UFCW Local 400, which represents Shoppers associates at 12 stores in the Washington Metropolitan region. “As a result, these workers haven’t seen a raise in over a year. On top of that, now the company is refusing to fully fund their benefits, and these essential workers who risked their lives to keep Shoppers stores open during a pandemic are at risk of losing their health care and retirement benefits. We won’t stand for it. It’s time for UNFI to get serious and negotiate a fair contract now!”

“At some point, you just have to say ‘enough’s enough,’” said Jason Chorpenning, president of UFCW Local 27, which represents workers at seven Shoppers locations in the Baltimore region. “We’ve been going back and forth with this company for years now and our members have been stuck in limbo that whole time. We’ve been more than reasonable up to this point but our patience has run out.”

The previous collective bargaining agreement between the union and Shoppers expired on July 11, 2020 and Shoppers employees have been working under a contract extension since then.