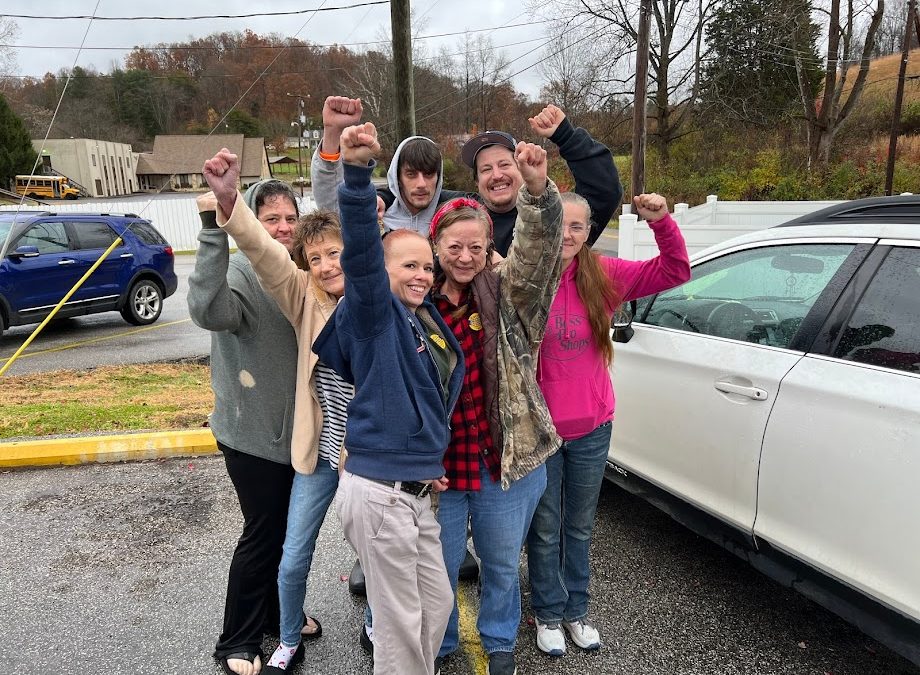 An overwhelming majority of the restaurant’s workers have signed union authorization cards. They are calling on Tudor’s to immediately recognize Local 400 as their union and negotiate a contract that ensures respect, fair treatment, a living wage, and staffing improvements. A group of workers tried to present proof of majority support to management. Instead of meeting with the workers, management called the police and threatened them with trespassing charges.

“We are being treated like dirt, like expendable work machines,” said Cynthia Nicholson, a Tudor’s employee and Local 400 member. “When I returned to work after taking time off for medical leave, they cut my pay from $9.75 to $9.00/hour. They promise you a raise and you never see it. When they transfer you to a different location, they say they’ll compensate you for the travel and then they don’t.”

“The company was given a PPP loan during the coronavirus pandemic, that was fully forgiven, but we didn’t see a dime,” Nicholson charged.

Nicholson’s co-worker Jennifer Patton wasn’t paid overtime. “During one two-week period, I worked many hours of overtime,” she said. “They had me split my time between the stores at Elkview and Sissonville, and then they treated each as if they were separate jobs by separate employers and used that as an excuse not to pay me the overtime I was owed.”

Workers are also concerned about the lack of COVID safety procedures. “I was exposed to COVID by a coworker and when I asked HR about it, she said they didn’t have to tell me anything. She actually said, it’s ‘above your pay grade,’” Patton said.

“They even deny you bathroom breaks,” Patton said. “They make you stand in one position from the time they open the door. One day, they made me work nine hours and four minutes without a single break. The company claims they give you two 10-minute breaks in a shift, but it never actually happens.”

“We have lots of good workers in Elkview,” Patton said. “We have a good store manager and if management left her alone and let her run the store, it would be fantastic. But upper management doesn’t even want us smiling. They actually ordered us not to talk to one another outside the store, a classic union-busting tactic.”

“I want us to become a union,” Nicholson said. “We want collective bargaining. We want to sit at the table and say you cannot treat people like this. We want dignity. We want our basic civil rights. We want to be paid what we’re worth. We want fair, predictable scheduling. We want clear processes in place, so things aren’t constantly changed on someone’s whim. And we want to create an environment where people can stay at this job and retire.”