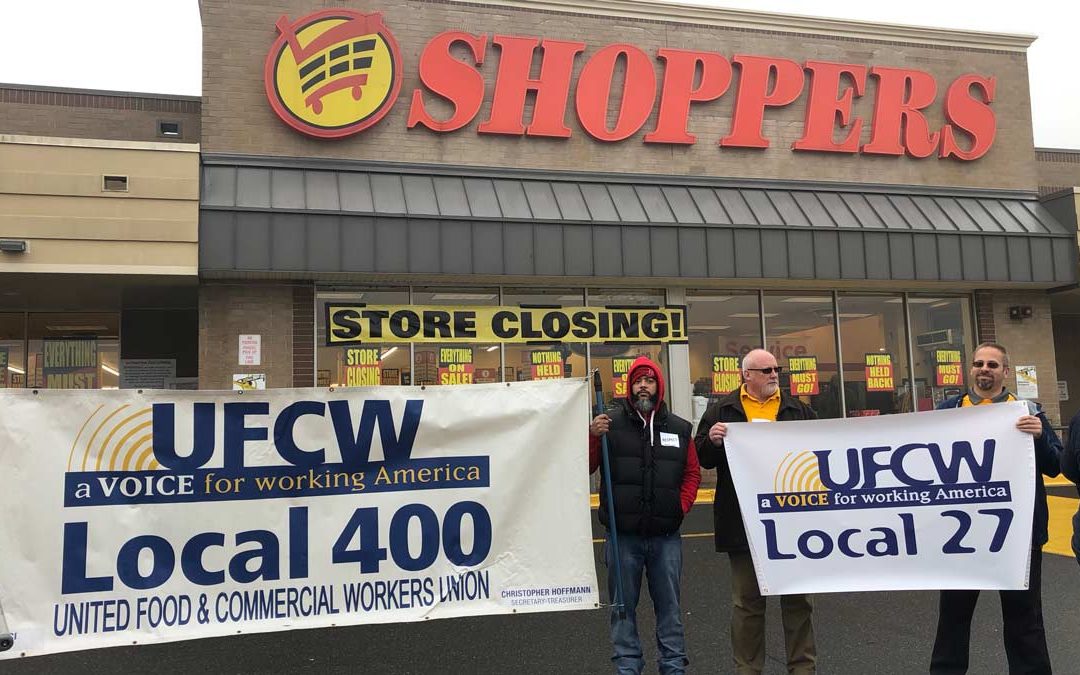 LANDOVER, MD (October 26, 2021) – Union workers at Shoppers grocery stores are staging a series of demonstrations October 27th and 28th to protest a lack of pay increases over the last year and cut backs to their health care benefits proposed by the company in recent contract negotiations. The workers are members of the United Food & Commercial Workers (UFCW) Local 400 union, which represents thousands of frontline workers in the region.

“After more than a year of negotiations, during which time many of our members were forced to forego any pay raises, we have yet to make any meaningful progress on a new contract,” said Mark Federici, President of UFCW Local 400. “Now, instead of rewarding workers who have risked their health to keep these stores open during a pandemic, UNFI is proposing to slash funding for their health care benefits. Enough is enough! It’s time for UNFI to get serious.”

Protests are scheduled October 27th and 28th at three stores in the region:

Many local elected officials have committed to join Shoppers workers at the protests. Virginia state Senator Scott Survell and Delegate Paul Krizek will be speaking at Wednesday’s action in Alexandria. On Thursday, Maryland state Delegate Nicole Williams and Prince George’s County Council Member Dannielle M. Glaros will join the protest in New Carrollton in the morning and Maryland Senator Jim Rosapepe will be speaking at the College Park action in the evening.

The union contract between Shoppers and UFCW Local 400 covers approximately 1,200 store employees at 12 stores in the DMV region. Negotiations over a new contract have been underway for more than a year. The previous collective bargaining agreement expired on July 11, 2020 and associates have been working under a contract extension since then.