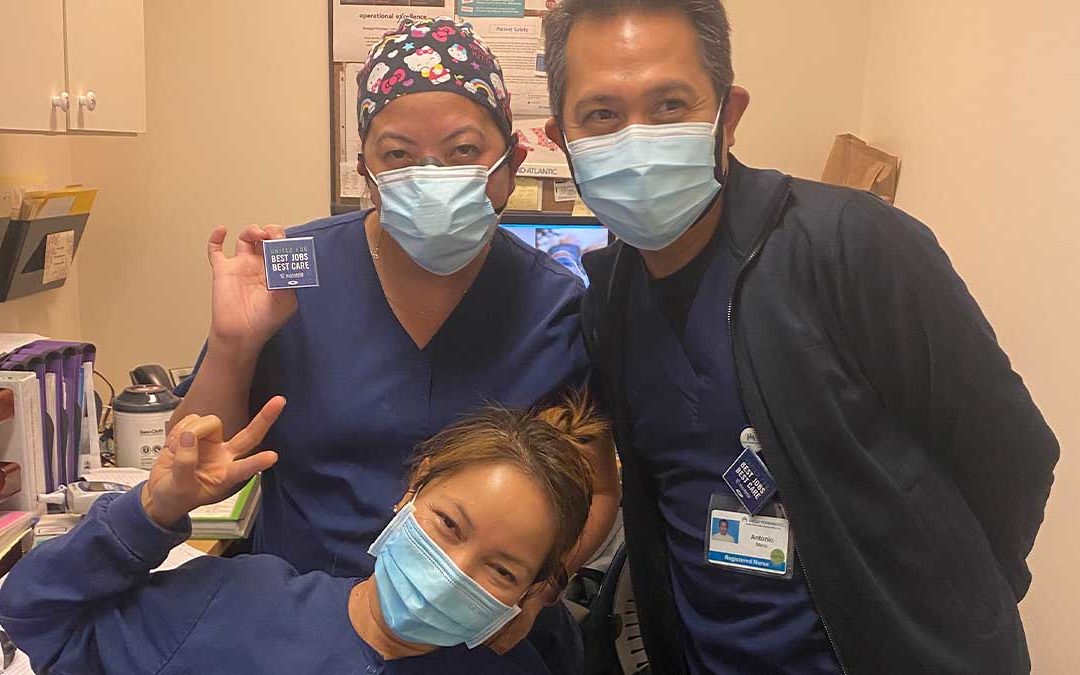 As negotiators ground through the fifth day of National Bargaining, Alliance negotiators worked to fix the logjam of unresolved local bargaining issues. Local bargaining, including long-drawn out negotiations for newly-organized workers, have been going poorly due to KP stonewalling. Many items will be escalated to the national table, where we’re focused on wage increases, expanding benefits, raising substandard benefits, correcting wage inequities, and addressing staffing issues. Friday, September 10 is the final scheduled day of negotiations, and KP’s haphazard stonewalling continues.

KP’s so-called “market-based approach” to wages means the roll-out of a two-tier system that sets starting wages 26% or more below what they currently are now. If implemented, for some job classifications that would mean earning less than the California $15 minimum wage in 2023. Our research team did the math and here are the numbers:

In California, it’d be illegal to pay below the minimum wage of $15. At a time when businesses are offering higher pay and incentives, why is KP proposing a two-tier system that, if implemented, would result in subminimum wages?

In previous bargaining sessions, we’ve suggested solutions to address affordability including the use of APPs. Reducing wages for the workforce that saves countless lives during the pandemic is not the solution to affordability.

Furthermore, reducing the wages of the lowest-paid workers at KP reinforces structural racism. For example, 75% of clerical jobs are held by people of color and the wage of the positions will be further reduced increasing the wage disparity in the Inland Empire and Kern County.

KP argues our wages are above market, but in KPWA, our wages are lower than most other unionized healthcare operators from the starting base rate to the top, and in differentials and wage premiums. KP employees from every other region have a retiree medical HRA worth 7 times more than the small HRA provided to KP Washington employees. Yet medical expenses in retirement are as high in Seattle as they are anywhere else in the country. All other KP partnership employees have a sick leave conversion on retirement to reward employees for good attendance. The Labor Management Partnership celebrates this benefit because it rewards good attendance with strong incentives but it doesn’t apply in KPWA. Health insurance deductibles, co-pays, and other features are far inferior in KP Washington compared to the benefits union members have in other regions.

There is no logical basis for these lower standards. In fact, KP employees in Southwest Washington (Longview/Vancouver) have significantly better benefits because they are considered part of the Portland region. It’s time for KP to invest in the caregivers in Washington state.