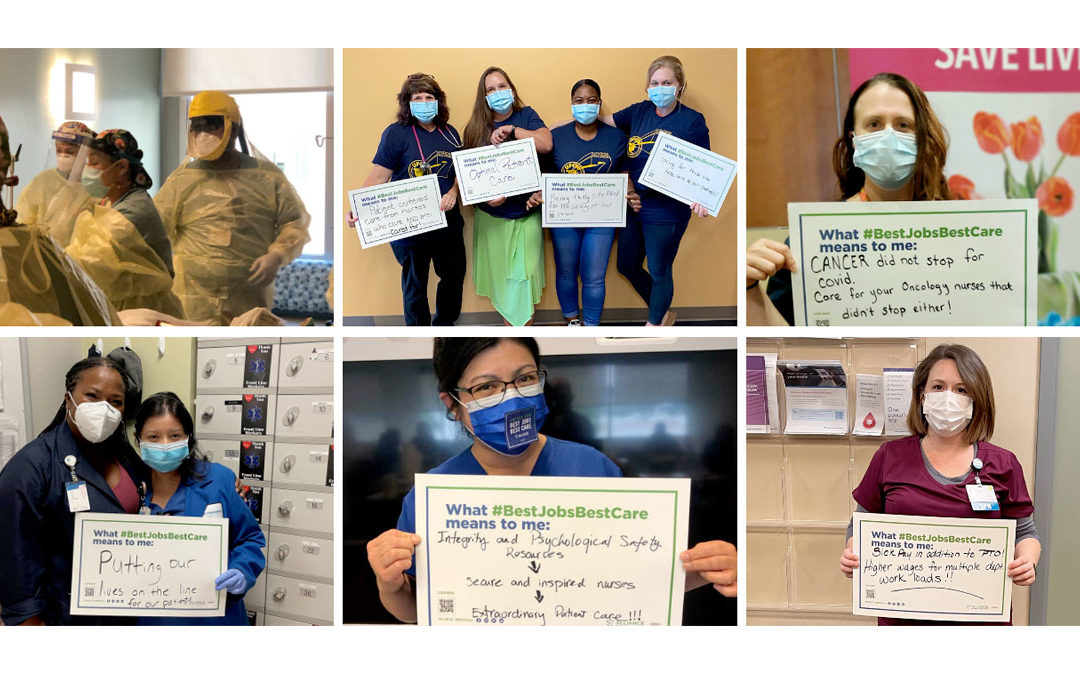 More than three months after the start of negotiations, as the fourth surge hits our stressed-out staff and system, KP again failed to present an actual bargaining proposal. Instead, they described general concepts that would undermine patient care, increase staffing shortages, and further harm exhausted workers. KP negotiators discussed a wage increase for current staff (but refused to say how much), and a proposal to pay future new hires dramatically lower wages (but they refused to say how much lower).

“And after making $2.2 billion in operating profit last year, you want to pay even less to new hires?”

“It’s absurd and irresponsible to think that the solution to staffing shortages is to lower wages and benefits for future workers.”

“This is especially troubling in a time when we are in a fourth surge, and health care workers will once again be asked to step up and care for a very sick population of patients. UNAC/UHCP members are still suffering from exhaustion, depression, and burnout so it’s never been more important to show value to those that have continued to give so much. We can’t do without a well-qualified, highly skilled workforce,” said Denise Duncan, RN, President of UNAC/UHCP.

“Instead of making a reasonable proposal so we can reach an agreement and focus on fighting the surge, KP is recklessly proposing to lower our standard of patient care. KP is not ready to be a national leader in supporting our healthcare heroes so we can fight the pandemic,” said Michael Barnett, President of USW Local 7600.

KP’s incompetent and chaotic bargaining tactics leave the organization dithering while competitors address the shortage by raising standards. Many health care systems are acting fast and doing everything they can to recruit and retain staff, including offering sign-on bonuses, special incentives, and generous wage increases. KP chose this time of crisis to propose the worst contract terms in the history of partnership.

We stand united, committed to our values, our patients, and each other

“KP is proposing we shortchange the incoming generation of workers. We won’t let our teams be undermined by a two-tier system that will permanently put all new hires on a lower wage scale. We are committed to equal pay for equal work. We need to attract the best and brightest to care for our patients, especially with the shortages and unfilled vacancies. We want our new workers to be enthusiastic team members, to learn from experienced coworkers without resentment, to spend their careers here under the standards we collectively bargain for all health care workers and the patients we care for,” said Jodi Barschow, DNP, MSN, RN-BC, President of OFNHP.

We will stand together for real solutions to patient care, the surge, and the shortage. We will never agree to shortchange future workers and make staffing even worse. KP can afford a good contract that invests in patient care and the people who provide it. It’s time for KP leaders to finally get serious about COVID and settle these negotiations, and address the pandemic. Further dithering will have disastrous consequences.