Kroger Workers Demonstrating All Week to Save Health Care 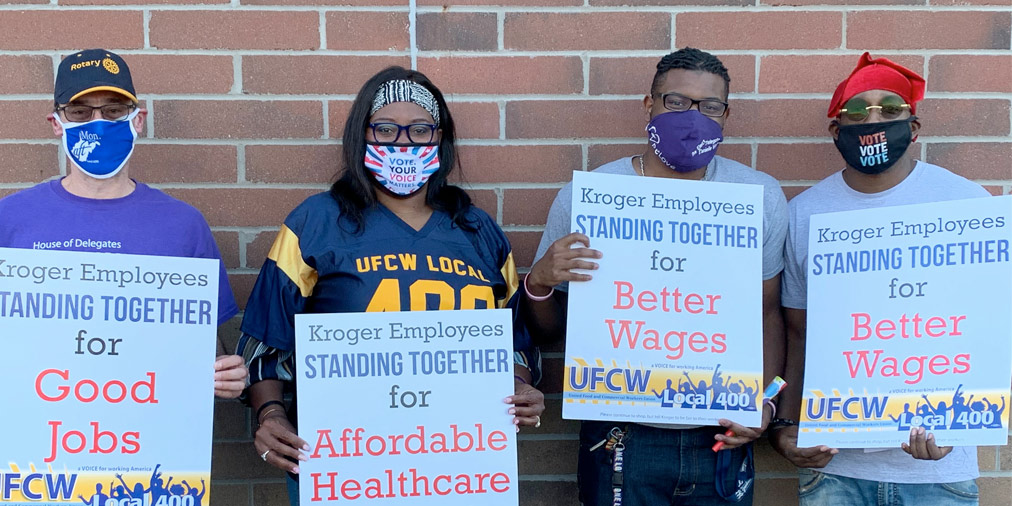 CHARLESTON, WV (October 27, 2020) – Union workers at Kroger stores are continuing demonstrations throughout the week to protest cuts to their health care benefits proposed by the company in recent contract negotiations.

Kroger has proposed imposing a limit on the amount of money the company is required to pay to fund your health care benefits, potentially putting coverage at risk if costs exceed the cap.

“Kroger’s proposal could force the fund to cut benefits, increase costs to workers, or limit the number of employees eligible for health care,” said Mark Federici, President of UFCW Local 400. “Many employees could see their health care benefits simply disappear.”

“These heroes have been on the frontlines of this crisis since the beginning,” he said. “They deserve to rewarded, not have their health care benefits slashed in the middle of a pandemic.”

Daily protests are scheduled beginning Wednesday through Saturday at stores throughout the region. A full schedule of demonstrations is below.