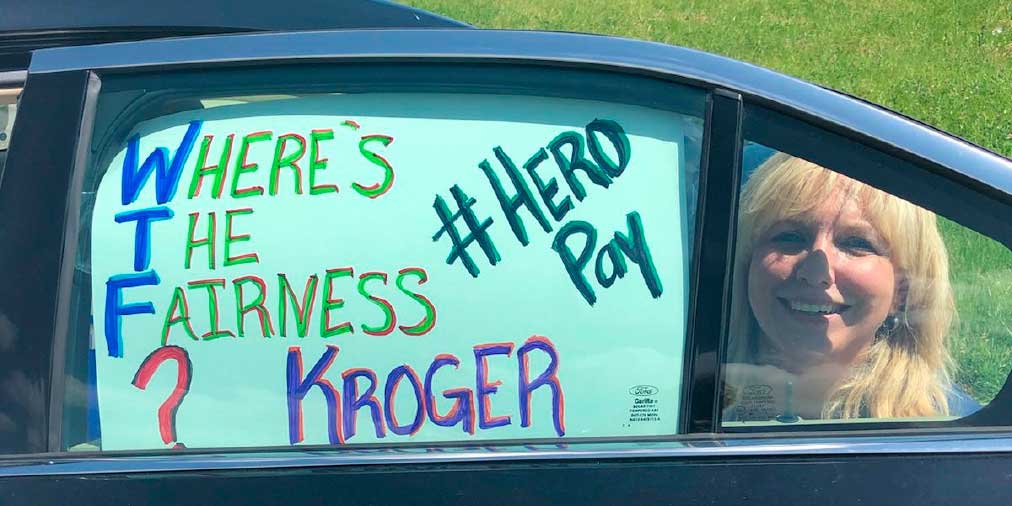 With pandemic still endangering lives, Kroger workers are outraged over the company’s refusal to agree to a fair contract

CHARLESTON, WV (October 1, 2020) – On Thursday, October 1 at 4:00 p.m., Kroger workers in West Virginia are staging car caravan protests in Charleston, Beckley and Parkersburg to call on the grocer to negotiate a fair union contract.

Protesters are meeting at each of the following locations at 4:00 p.m. to kickoff the caravans:

Negotiations over a new union contract have been underway since August, but despite the support of federal mediators, the company is no closer to reaching a deal. The previous union contract expired on August 29 and is currently under extension until October 17. The union is advocating for better wages, healthcare and safe working conditions, including hazard pay for frontline associates continuing to work during the pandemic.

In August, UFCW confirmed there have been at least 103 grocery worker deaths and over 14,300 grocery workers infected or exposed to COVID-19. As a new investigation by Bloomberg recently reported, the actual national number of workers who have died, become sick, or been exposed, is likely much higher given that America’s largest food companies have launched an effort to hide the true human cost.