After Public Outcry, Kroger Will No Longer Seek Repayment of Extra “Emergency Pay” 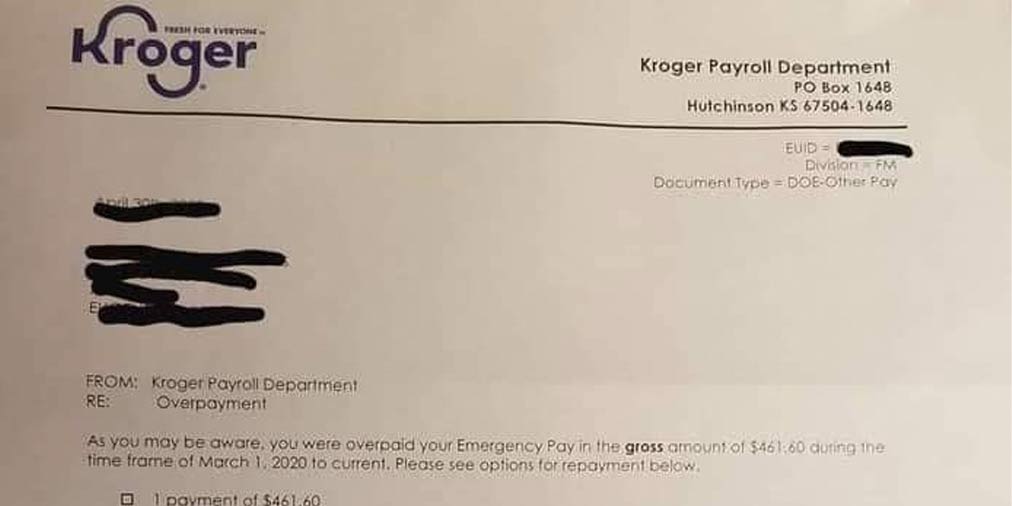 We recently received numerous reports of Kroger members receiving collections letters from the company alleging that they were overpaid “emergency pay” while on sick leave.

We investigated each case thoroughly and were preparing to file grievances against the company on behalf of our members, but after a news exposé in Dissent Magazine featuring a UFCW Local 400 member, followed by an outcry from workers and customers on social media, the company has backed down.

Now we are pleased to report that Kroger no longer plans to seek repayments from employees who were allegedly mistakenly overpaid while on sick leave.

UFCW Local 400 released the following statement regarding the announcement:

“We look forward to informing our union members who have received these collections letters that Kroger is no longer seeking money from them. We will also investigate any incidents in which a member may have already paid some money back to the company to ensure they are made whole. We are pleased Kroger has come to its senses. Now they can focus their attention on extending ‘hero pay’ until this crisis is over.”