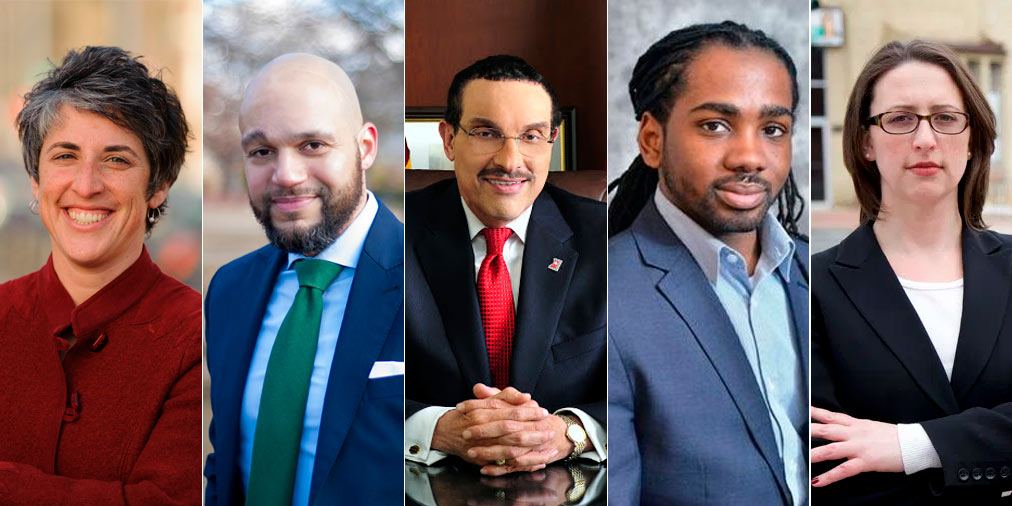 Councilmembers support declaration to provide free testing, treatment and protective equipment to grocery workers on the frontlines of crisis

WASHINGTON, DC (April 3, 2020) – Several members of the D.C. Council are calling on Mayor Bowser to declare grocery, pharmacy, and food processing workers as “first responders.” The designation would provide access to free testing, treatment and protective equipment for workers on the frontlines of the Coronavirus crisis and is supported by UFCW Local 400, the union representing grocery workers at Giant Food & Safeway stores in the District.

“Our grocery store workers are some of the most essential workers we have, providing food, nutrition, and vital necessities,” said At-Large Councilmember Elissa Silverman. “We need to protect their health and safety on the job and give them the same protections we give other essential employees, like first responders.”

Councilmember Brianne K. Nadeau, who represents Ward 1 where the first confirmed case at a Giant Food store occurred, said, “The District currently has a Stay-At-Home Order in place, however our grocery stores remain open to ensure residents can purchase what they need to stay home and comply with the Order. Our grocery store employees are undeniably on the front lines, risking their health to keep our city operating. Not only do these jobs not allow for workers to practice social distancing, but they require close interaction with residents, some of whom may be a part of our vulnerable populations. We must make every effort possible to protect our workers.”

“Without grocery store workers, we just can’t function during this health emergency,” added At-Large Councilmember Robert White. “If workers begin to feel unsafe and stop working, the ripple effect would devastate the entire city. Grocery store workers are on the front line, so DC must follow the lead of other states and deem them first responders.”

Ward 7 Councilmember Vincent Gray, who recently held a press conference to express serious concern over food supplies at stores in his Ward, added, “I am proud to support the brave, hard-working women and men who staff grocery stores. Supporting and protecting these workers benefits each one of us and, above all, is our duty.”

“Ward 8 has a shortage of grocery options for our residents,” said Ward 8 Councilmember Trayon White. “We cannot afford for these stores to put shoppers at risk of infection. We must know that the stores are safe – not just for customers but for employees as well. We have a facility where we could test grocery workers, but first we need Mayor Bowser to designate them as first responders so they are eligible for testing. These workers are on the frontlines of this crisis and we need to ensure they are protected so they can continue to feed our community.”