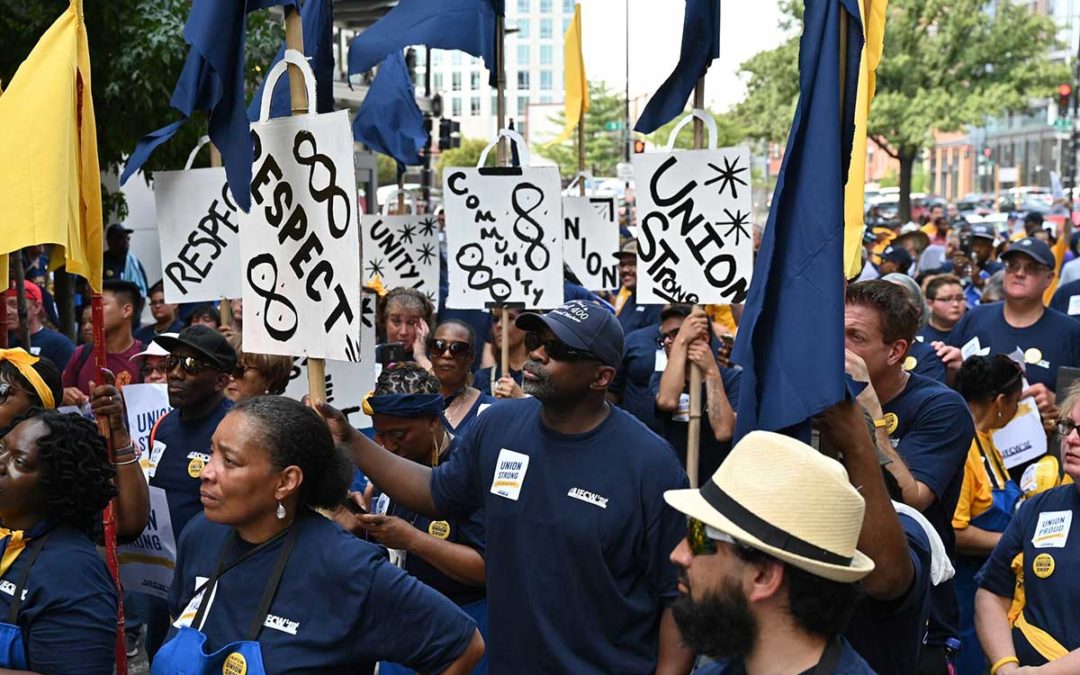 After five months of negotiations with Giant & Safeway, we are still not close to a deal on a new union contract. Both companies are insisting on unacceptable proposals, including:

On Wednesday, February 19, we’re holding a press conference and rally to announce our plan to take a strike vote at Giant & Safeway if we are unable to reach a fair contract. The date of the vote will be announced at the press conference. If members vote to authorize a strike, more than 25,000 grocery workers at hundreds of stores in the region could go out on strike.

While contract negotiations will continue with both companies, we are prepared to take a strike vote if we are unable to reach a fair contract.

We will be joined by local elected officials, community leaders and more. Join us to show these companies that we will do whatever it takes to get a fair contract!