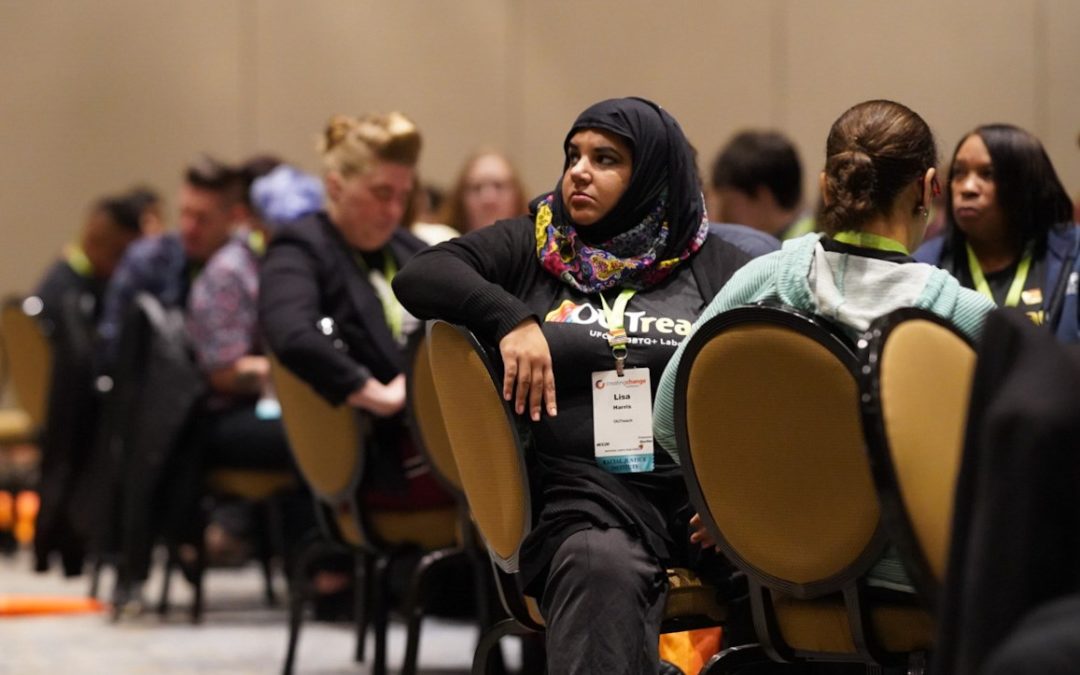 “Life-changing.” That’s how Lisa Harris described the impact of attending the January 15-19 Creating Change Conference in Dallas, thanks to a scholarship from UFCW OUTreach.

A 13-year member who works at the Atlee Road Kroger in Mechanicsville, Va., Lisa was working with her Local 400 sister, Felicia Miller, last fall to elect a pro-worker General Assembly, when Felicia told her about the opportunity to attend Creating Change — the LGBTQ social justice movement’s foremost political, leadership, and skills-building conference. A scholarship from UFCW OUTreach, the UFCW constituency group for LGBTQ+ members and allies, made it all possible.

Throughout the four-day conference attended by thousands of LGBTQ and allied activists — including many from UFCW, UNITE HERE and other unions — there were multiple speakers, workshops and networking opportunities. “I wished I could have been two people at once to take in everything,” Lisa said. “There were so many options. I was particularly moved by a workshop on creating safe spaces. We were talking about how to make a space feel inclusive of everybody. It got me thinking about what it would like if every organization tried to do that.”

Lisa is taking the lessons and experience of the Creating Change Conference back to her union and her workplace. “There’s a lot of work that needs to be done engaging with people at the store level,” she said. “And there’s a nationwide UFCW survey of how people have been treated in the workplace that I plan on having a lot of people take in my store. These responses are important and we need to look at them. They will be valuable in creating change and changing lives and making people feel seen and heard.

“I want to thank Felicia and everyone at Local 400 who made it possible for me to go,” Lisa said. “I intend to let every UFCW member I can know about future opportunities like this that they can partake in. Being here 13 years and finding out about opportunities that are so affirming, it’s exciting that we are going through this change now.”