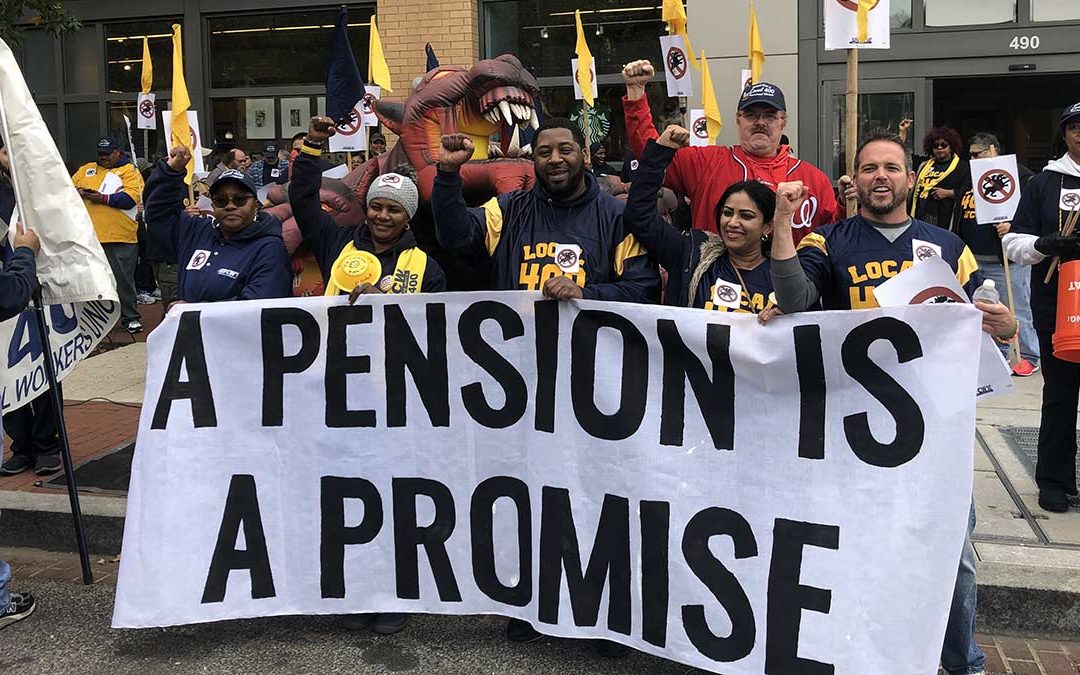 We have been negotiating our new contract at Safeway for more than two months. Our goals have remained the same:

Unfortunately, there is a still a long way to go to get a fair deal that meets our goals. Safeway continues to make proposals that are very far from the fair contract you have earned.

They have also proposed increases for top-of-scale employees and department managers, but the company is proposing cuts in our health and welfare benefits and retirement security to pay for those increases.

Safeway has proposed eliminating the pension altogether for future service and switching to a 401k. A pension is a promise – a promise to you that after years of hard work, you will have a secure retirement. But a 401k is a gamble – it’s a gamble that if you bet on the stock market, you’ll get lucky and have some money when you retire. But not everyone is lucky. As we’ve seen as recently as 2008, the stock market can crash and your retirement can disappear overnight. We are not willing to gamble with your future. Safeway made a promise to secure your retirement and we will hold them to it.

Safeway is proposing these cuts despite the fact that it is one of the top two grocers in the DMV area and the company continues to be profitable thanks to our hard work. On top of that, Cerberus Capital Management, the private equity firm that runs Safeway, controls close to $40 billion in assets. Since 2013, their executives have taken more than $350 million in fees and dividends from Safeway’s parent company, Albertsons. This is not a time to make cuts to our pay or benefits just so Wall Street investors can get rich.

It’s time to show Safeway that we will not accept anything less than the fair deal we deserve. We have been doing actions at stores every day this week, and our numbers are growing. Be on the lookout for more actions coming up. Now is the time to stand united for a fair deal.