Kroger Member Wins Back Pay, Gets Job Back After Year-Long Suspension 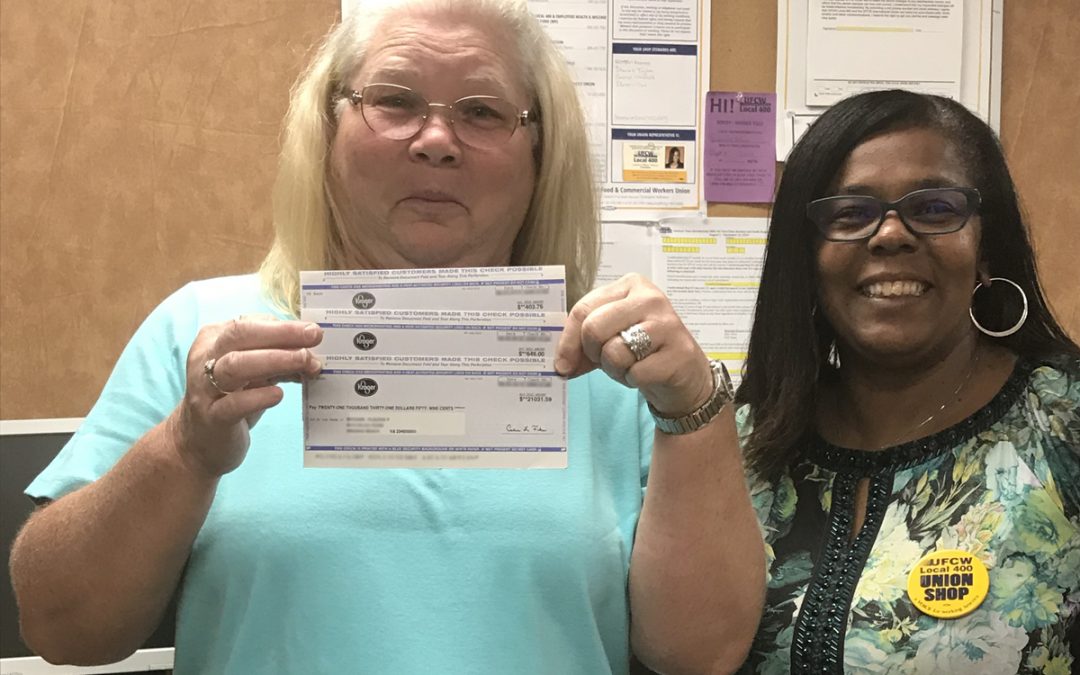 For Local 400 member Claudia McCann, it was a year that seemingly had no end—until an arbitration won her job back and $34,485 in back pay.

It all started with words. Claudia and a co-worker got into an argument—behind closed doors, not on the floor of Kroger #532 in Virginia Beach, where they worked. There was no physical altercation. It didn’t seem a big deal until the co-worker reported the incident to management.

“She said I disrespected her,” Claudia said. “I did no such thing. She went to the store manager. He took it to corporate and said I would be suspended pending an investigation. An investigation on what, I wanted to know. I’ve had conversations in the break room that were worse than what happened there.”

With more than 20 years under her belt at Kroger and a spotless record, Claudia was taken aback by her suspension. “I was like, ‘What is going on?’” she asked. “For a company the magnitude of Kroger to leave an employee with so many years of employment hanging like that, it really shocked me. It’s not a respectful corporation. It was awful.”

The suspension dragged on and on with no end in sight. “At one point, they told me they sent a letter of termination,” Claudia said. “I never got it. And when I asked for a copy, they couldn’t find it. They were thinking I would back down, but I was not backing down—I didn’t do anything wrong.”

Fortunately, Claudia’s union went to bat for her. Her representatives, Misty Wrenn and Robert Brown, filed a grievance, pursued her case aggressively, and eventually took it to arbitration.

The arbitrator found that the punishment did not fit the “crime,” that it was a first-time offense and not deserving of suspension. A verbal warning or even probation would have been more appropriate. He ordered Kroger to give Claudia her job back and pay her in full for the entire year’s duration of her suspension.

“When they called me and told me I got my job back, I thanked them over and over and over again,” Claudia said. “I was really shocked. Local 400’s lawyer is something else—Kroger met their match when they dealt with him.

“It really shows that our union really does fight for us,” she said. “It goes right to the core of what we need. Local 400 did it for me and I am grateful.”