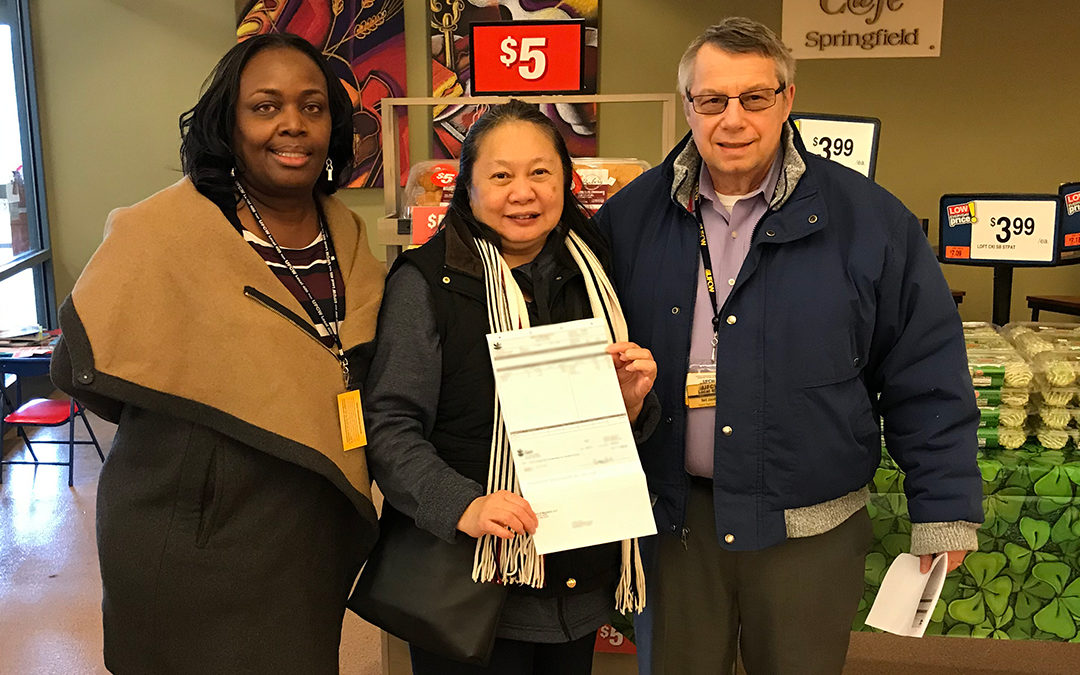 For Loan Cao, it was seven-week ordeal, but thanks to her union, it was one with a happy ending.

A 29-year Local 400 member who works in the front end at Giant Food #795 in Springfield, Va., Loan was suddenly fired on December 11, 2018. She was alleged to have done something wrong when she was closing the store one night, but another employee who did the exact same thing received no discipline whatsoever.

“I felt really sad, like they don’t care about me at all,” Loan said. “I try to do the job right. I know I made a mistake but it seemed like they used it as an excuse to tell me they don’t want me anymore.”

“It seems like Giant’s been trying to drive people out who have seniority because they make higher salaries,” she said. “I hope I’m wrong about that, but they don’t seem to appreciate people who’ve worked for them for so many years.”

Fair treatment is a fundamental right under your union contract. As the saying goes, “with a union contract, your boss can’t fire you without just cause. But without a union, your boss can fire you just ’cause.” Management is not allowed to discipline one worker more harshly than another employee who is disciplined for the same thing.

With the help of her Local 400 representative, Bertha McKiver, Loan immediately filed a grievance, charging unfair treatment. The process was delayed by the Christmas and New Year holidays, but Local 400 persisted. Giant tried to fight the grievance, but when it became clear it would go to arbitration, the company settled. It agreed to give Loan her job back and wrote her a back pay check for $6,800. She started work again on February 2, 2019.

“Oh my God, it felt like heaven,” Loan said of learning she had won her grievance. “I never expected this. What my union did for me, I’m so happy.

“When Giant told me I was fired, I was numb and couldn’t cry,” she said. “But when Bertha called me to say I got my job back, this time I cried and cried. I never expected my union to help me so well. I’m so very thankful.”