Why We Support Ben Jealous for Governor of Maryland 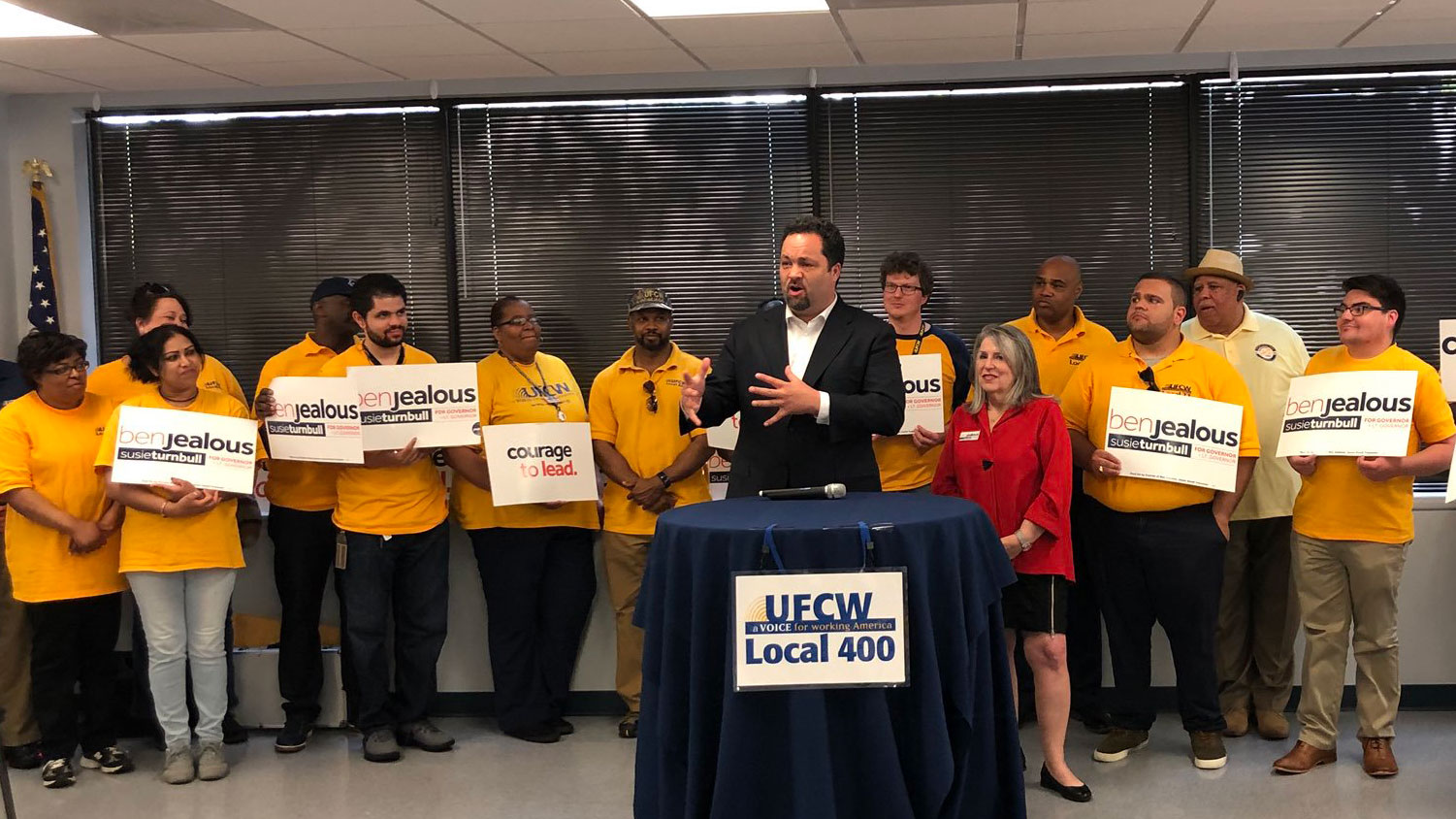 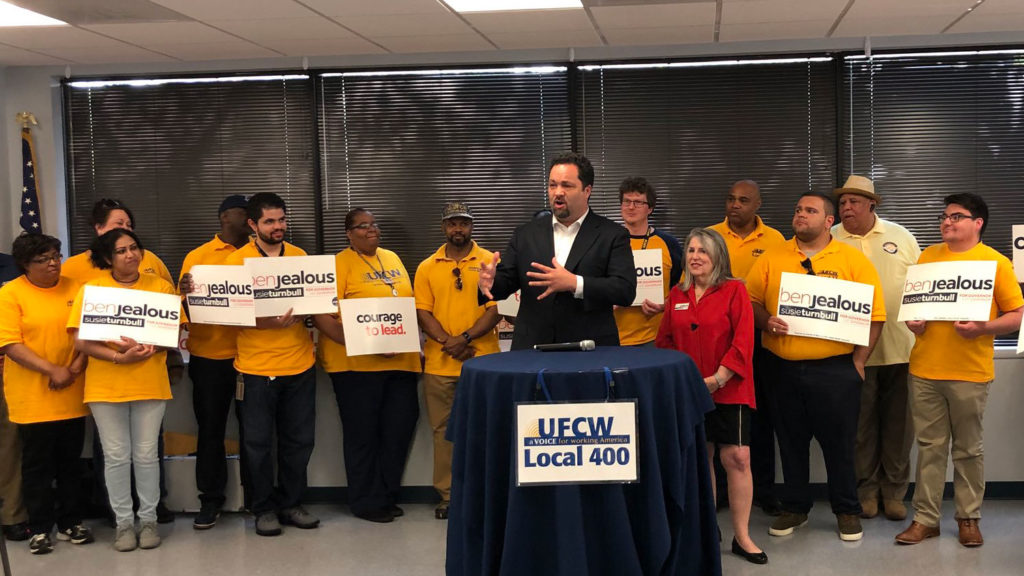 Local 400 members living in Maryland would benefit greatly if they help elect Ben Jealous (D) their next governor, because he will fight for a $15 minimum wage, debt-free college tuition, bottom-up economic growth, universal health coverage, and a host of other pro-worker policies.

That’s why Jealous, the former National President & CEO of the NAACP, received Local 400’s enthusiastic recommendation for his campaign to unseat Hogan.

“Ben has demonstrated a lifelong commitment to economic and social justice,” said Local 400 President Mark P. Federici. “Now more than ever, we need bold, visionary leaders like Ben to lead us on a new path to ensure every Marylander has the opportunity to earn a better life. We look forward to Ben bringing his much-needed fighting spirit to Annapolis.”

“I’m proud of the movement of working people we’ve put together over the past year,” Jealous said at a press conference announcing his endorsement by Local 400 and four other unions. “As a lifelong community organizer, I know that building a broader, more robust coalition than anyone thinks is possible is the only way to move forward on Medicare for All, a $15 minimum wage, and fully funding our schools.”

By contrast, Hogan has continually opposed measures designed to improve the living standards and quality of life for Maryland workers. Specifically, he:

“Wage growth for Maryland’s families has fallen behind under Larry Hogan and we need new leadership to create an economy that is truly inclusive and meets the needs of our state,” Jealous said. “As a businessman and civil rights leader, I know how to build an economy that leaves no family behind, no worker behind, no young person behind, and no person behind who has paid their debt to society and deserves a second chance. With new leadership, we can increase wage growth, support our small businesses, retain more of our own start ups and expand prosperity across every sector and region of our state.”

Federici urged Local 400 members in Maryland not only to vote for Jealous but to work for his election. “The more our members volunteer to make calls, knock on doors, and take other steps to elect Ben our next governor, the greater our chances of getting a true ally, advocate and fighter for our interests in the governor’s mansion,” he said. “I encourage everyone to do their part.”