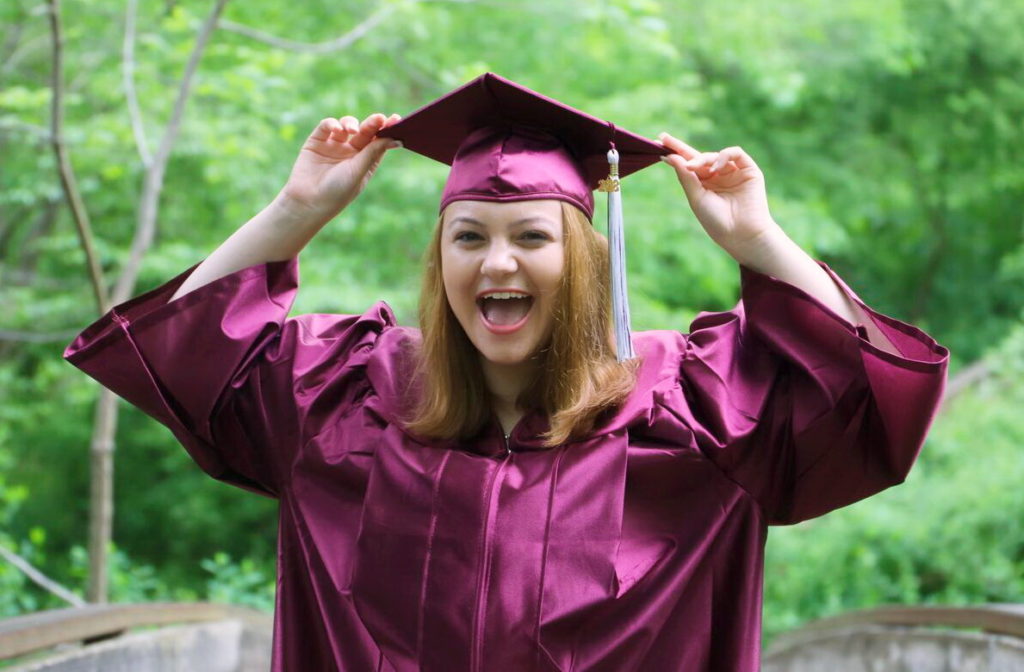 MeKel Mock of Manassas, Va. was one of four recipients of the 2017 FELRA Scholarship.

Four children of Local 400 members have been awarded Scholarships to help fund their college education in the 2018-2019 school year.

The FELRA & UFCW Health and Welfare Scholarship Fund provides $2,500 scholarships to help cover the cost of higher education for Local 400 members who work at Giant, Safeway or Shoppers, and their families. It is funded through the union’s collective bargaining agreements with these employers.

The 2018 FELRA Scholarship Winners are:

Melanie Alonzo of Springfield, Va.
A freshman at George Mason University’s Volgenau School of Engineering, Melanie graduated this spring from West Springfield High School, Over the past four years, she volunteered at her local library year-round, and she was hired as a library page near the end of her senior year. In college, she plans to major in Computer Science. After receiving her degree, she hopes to be able to start a career in government or related agencies. Melanie’s father, Eduardo Alonzo, works at Shoppers. “My first thought was that I was dreaming,” she said of her reaction to learning she had won the scholarship. “After the shock settled in I was immensely grateful for the honor and the opportunities that this award has opened to me.”

Ashley King of Chesapeake Beach, Md.
Ashley graduated from Huntingtown High School in Calvert County, Maryland, this past Spring. She received honors all four years and participated in the varsity soccer program, as well as other clubs. She is now a freshman at the University of Tampa, where she expects to double major in International Business and Spanish. Over the long run, she hopes to work in Spain or another Spanish language country in marketing or domestic relations. Her mother, Virginia King, works at Safeway. “When I received this scholarship, I was very excited,” Ashley said, “not only that I’m one step closer to going to the school of my dreams but I’ll be getting an education that nobody can take away.”

MeKel Mock of Manassas, Va.
MeKel is a freshman at Columbia College in South Carolina, having graduated from Stonewall Jackson High School in Manassas last spring. There, she took the International Baccalaureate (IB) program, an intensive course of study that also emphasizes community service. To fulfill this requirement, MeKel built a little free library in her neighborhood. She was also part of her high school’s varsity cheer and lacrosse teams, and is a member of the National Honor Society. At Columbia College, MeKel will major in Psychology and has long-term plans to work to ensure that everyone with a mental illness gets treated and helped without fear of being judged. She will also play college lacrosse. Her mother, Patty, works at Giant. “When I found out that I had won the scholarship, I was speechless,” MeKel said. “I am so grateful that I was selected to receive this scholarship, and words cannot describe how thankful I was, and continue to be.”

Justin Smith of Alexandria, Va.
A 2018 graduate of Bishop O’Connell High School in Arlington, Va., Justin is attending Old Dominion University this fall. In high school, Justin played varsity basketball and volunteered as a tutor at his local community recreation center. In college, he plans to major in biology, with an eye toward attending medical school and becoming an anesthesiologist. His father, Ainsworth Smith, works at Giant. “I was shocked,” Justin said of receiving the scholarship, and he is grateful for the help it will provide.