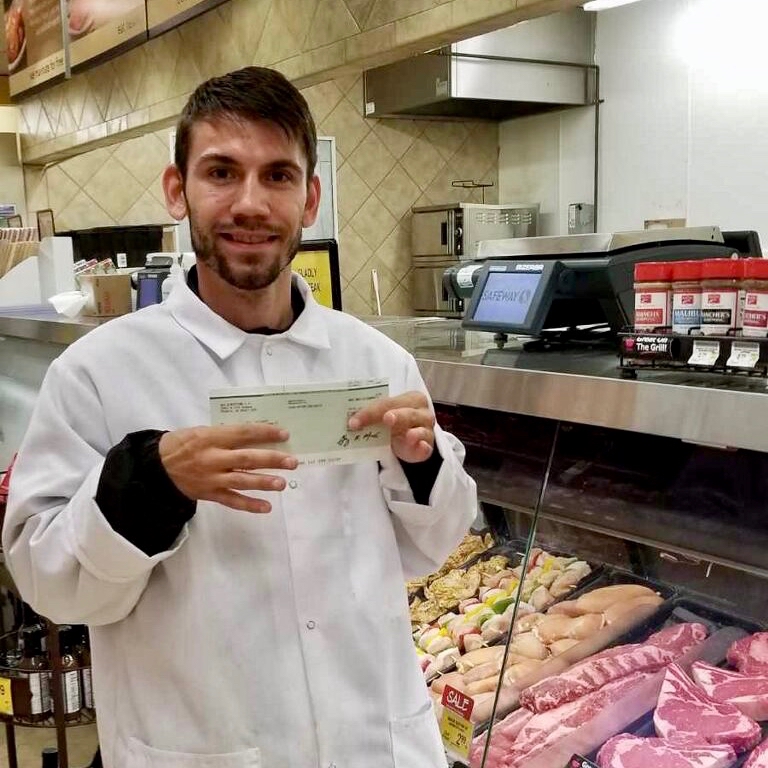 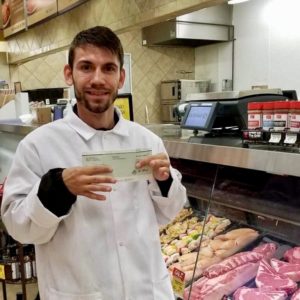 Alex Falsinotti was awarded more than $1,000 in back pay after Safeway was caught violating the scheduling provisions of his union contract. Nine other Safeway workers were awarded back pay totaling $11,000.

Alex Falsinotti has been working at Safeway #1365 in Fairfax, Virginia for almost two years. Officially he works in the Seafood Department, but on most days whoever is scheduled to work the Meat Department leaves around 2 or 3 p.m., and Alex is forced to man both departments until they officially close at 8:00 p.m.

“I’m expected to clean the counter and help customers and close down the department by myself,” he says. “I try not to get frustrated, but doing this for ten months you get overwhelmed.

Under our union contracts at Safeway and Giant Food, the companies are required to staff the Meat Department from 8:00 a.m. to 8:00 p.m. every day. Furthermore, one person cannot be required to close both the Meat and Seafood departments at the same time.

Alex didn’t know this was a violation of his union contract, but he knew it wasn’t right. “I didn’t want to be rude to the manager but I came to him more than once and said, ‘The meat cutter left, is someone else coming?’ And he said, ‘No.’”

Management told him that they were short-staffed and didn’t have anyone that they could schedule to help him out.

This problem came to the attention of his union representative, Bertha McKiver, last October. After visiting several Safeway stores throughout Virginia, including Alex’s store in Fairfax, Bertha noticed a pattern – in store after store where meat departments were supposed to be open and fully staffed, the lights were off and the areas were cleaned up.

Since Bertha’s success with the grievances against Safeway, several people have called her from other stores with similar complaints. If you work in the Meat or Seafood department at Safeway or Giant Food, report scheduling violations using the form below. You could be entitled to back pay if your manager violated the scheduling provisions of your union contract.