Outspoken Kroger Shop Steward Stands Up for Her Coworkers 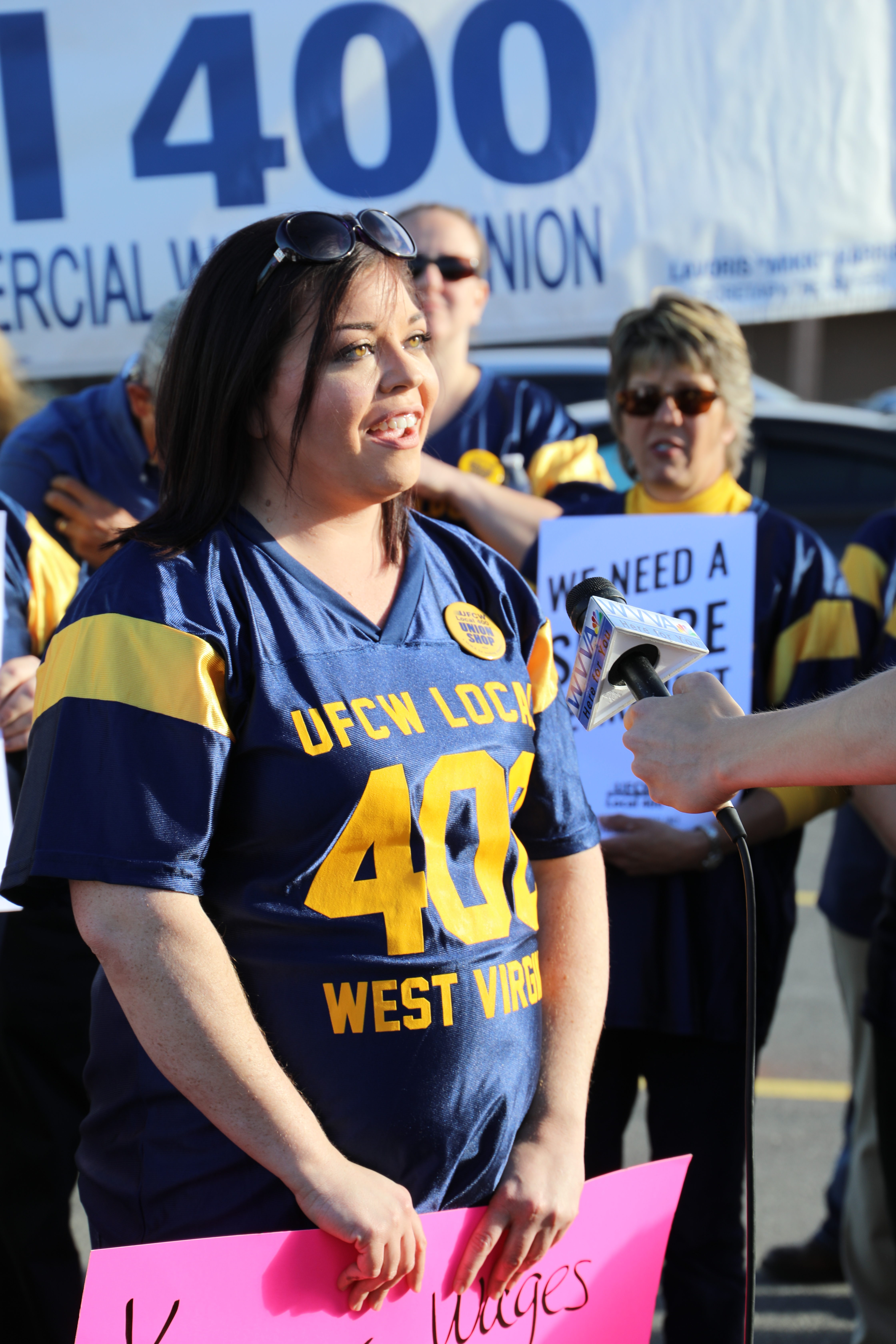 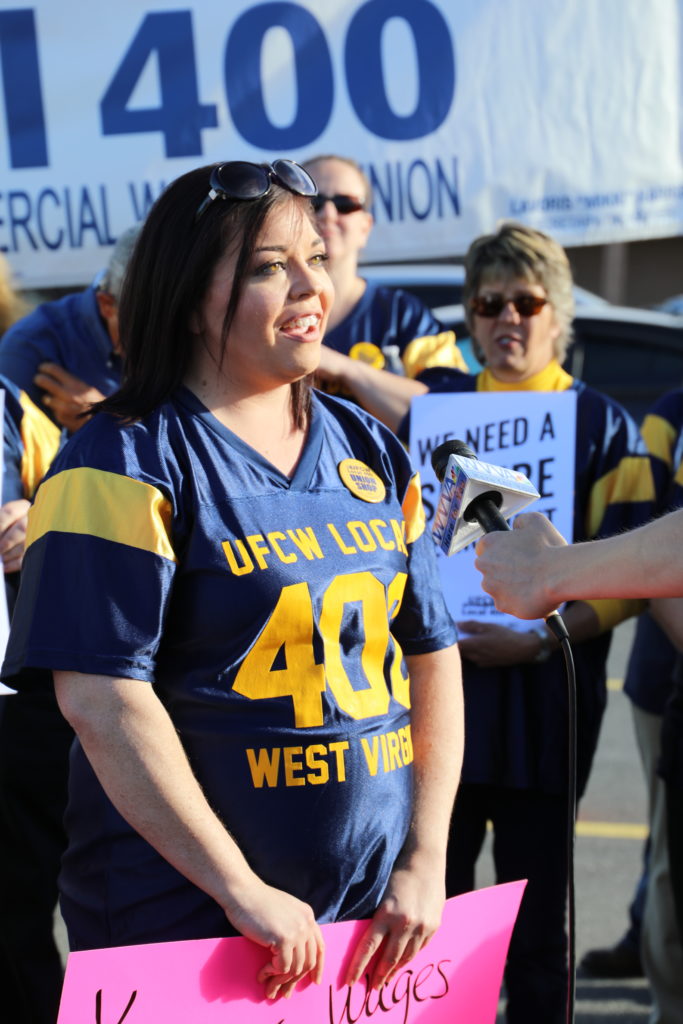 Courtney Meadows speaks to WVVA news during a #BetterKroger rally in October 2017.

Courtney Meadows speaks her mind—and for the past year, she’s been doing it to great effect.

A Local 400 member for the past seven years who works as lead file maintenance clerk at Kroger #805 in Beckley, W.Va., Courtney was asked to serve on the Contract Action Team during last year’s bargaining over a new contract. Her shop steward at the time said, “There’s your spitfire,” and that was an understatement.

“I won’t hesitate to tell a manager to stop being a jerk and start treating us with respect,” Courtney said. And she was just as outspoken when she went into other Kroger stores to inform and mobilize her sisters and brothers for the contract battle.

“I would ask folks to show up at our rallies and tell management that we’re not going to take any crappy offers,” she said. “We’ve got to get management’s attention.”

At the first rally, between 30 and 40 members attended. But by the last one, Courtney had tripled turnout to 90.

“I just tried to make sure we showed Kroger we’re better people and that we’re not going to stoop to their level of pettiness,” she said. “We kept everything peaceful and respectful, and we had the impact we needed.”

When members voted to ratify the new collective bargaining agreement with Kroger in West Virginia, Courtney was both relieved and proud. “I was very glad of what we accomplished,” she explained. “Like Mark [Federici] said, there’s never been and never will be a perfect contract. But for us to get the only Kroger contract not to lose any benefits and to get wage increases, that was huge. We stuck together, we fought together and we got what we needed.”

In the midst of the contract battle, Courtney became a shop steward at her store. “My rep told me, ‘you’ve earned your stripes,’” she said. In addition, Courtney was asked to join a member organizing drive at Kroger stores in the Richmond/Tidewater area, which took place over 12 days in December.

“This was the hardest thing I’ve ever had to do,” Courtney said. “To come from an area with 100 percent membership and go into stores that had less than 50 percent because of Virginia’s ‘right to work’ law was an eye-opener. Some people didn’t know what a union was and others were scared. So I gave a crash course in union history, and I explained that Kroger can’t do a single thing to you for signing up—it’s your legal right.

“I also talked to them about our own bargaining experience in West Virginia,” she continued. “I went through how we got raises across the board, how we kept our health care the same and how even if the cost of the plan rises, Kroger will pay the difference. We even won the requirement that Kroger has to provide rubber boots for workers in the meat shop. And I explained the reason why we won these provisions is because we have 100 percent membership, and that’s how you can make the same gains here. That really grabbed their attention.

“So I think it was a huge accomplishment to get the applications we were able to get,” she said. “And I’d go back and do it again in a heartbeat.”

In January, Courtney traveled to Charleston to participate in Local 400’s and the West Virginia AFL-CIO’s Lobby Day.

A resident of Fairdale, W.Va., Courtney is looking forward to continuing to take on corporate greed through Local 400. “I’m tired of companies coming in and abusing their employees, and looking down on us because some of us don’t have a college education,” she said. “I’m tired of them making $2 billion in profits but only wanting to pay us just above minimum wage. I’m tired of [Kroger CEO] Rodney McMullen getting a $2 million dollar raise but only wanting to give us 25 cents an hour. And I want to see better working conditions, and no retaliation against people who file grievances.”

Courtney is equally focused on her job as a shop steward. “I talk to everyone and I tell them, ‘you cannot get in trouble for talking to me, they cannot say anything to you,’” she said. “Everything they say to me is confidential. And if they have a problem, I’m going to fight like hell to fix it.”

Her sisters and brothers at Kroger #805—and all Local 400 members—are fortunate to have this spitfire speaking her mind and fighting for them.