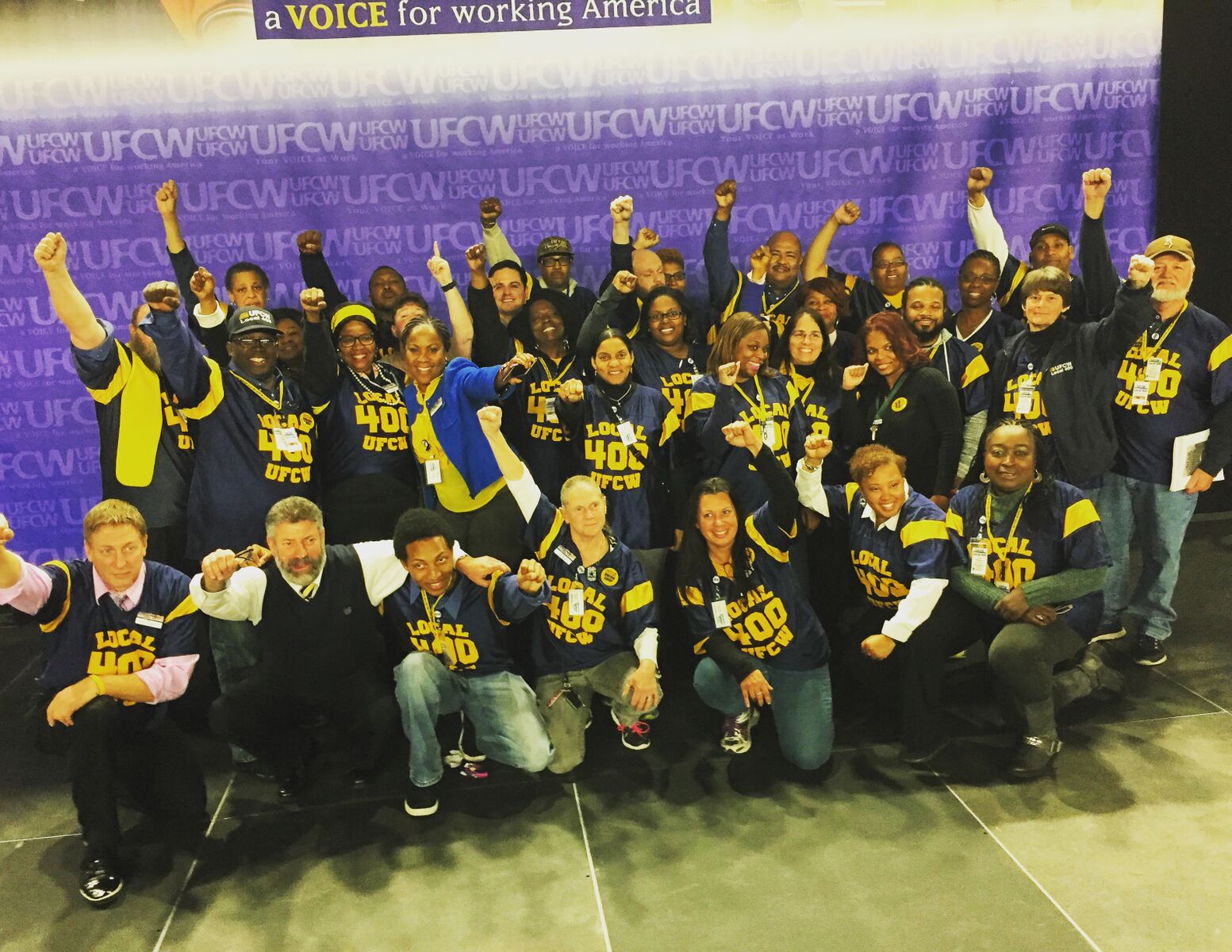 Local 400 President Mark Federici (first row, second from left), poses for a photo with the Giant & Safeway Contract Action Team at a union meeting in November 2016.

This week, the Executive Board of the United Food & Commercial Workers International Union (UFCW) elected Mark Federici, President of UFCW Local 400, as International Vice President. Mr. Federici will now serve on the union’s executive board, the highest governing body of the international union. He released the following statement:

“I have dedicated my entire life to the labor movement because I truly believe in the power of ordinary people to make extraordinary things happen. I have always taken it as my personal responsibility to do whatever I can to grow our union into the strong, effective institution it must become in order to make a difference in the lives of hard-working men and women. For the last 26 years, it has been my greatest privilege to represent the 35,000 members of UFCW Local 400 in the Mid-Atlantic, and now I am honored to expand this responsibility to the 1.3 million members of UFCW across the United States and Canada.”