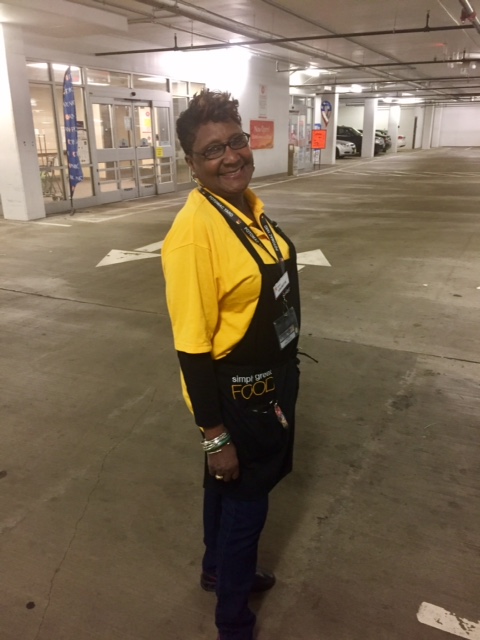 Laurette Ford, a Local 400 shop steward affectionately known as the “sign up queen,” retired after 29 years of service at Giant Food.

Laurette Ford is a force of nature. For more than a decade as a Local 400 shop steward, she made it her mission to build her union by signing up as many new members as humanly possible. And she succeeded brilliantly.

On June 30, Laurette retired from Giant after 29 years as a proud Local 400 member—and she did so with the knowledge and satisfaction that she is leaving her union better than she found it.

“I joined our union in 1988,” Laurette said. “I was making $5.25 an hour. When the kids today complain they don’t make enough money, I tell them that—and make the point that because of their union, they can expect to do a whole lot better in the future just like I’ve done. That’s usually enough to pull them in.

“I also explain that I’m here to work with them if they have any issues inside our store,” she added. “And I tell them about how our union protects our jobs and gets us  benefits few workers have anymore, like good health insurance and pensions. That also persuades them to join.”

“Laurette’s a very hard person to say no to,” said Johnie Perry, her Local 400 representative. “I call her the ‘Sign-Up Queen’ because every day, she worked to build our membership. All of us at Local 400 and especially her sisters and brothers at her store will miss her—but I can’t think of anyone more deserving of a happy retirement.”

For the past three years, Laurette worked as an HBC clerk at Giant #2742 in Arlington. About 10 years ago, at another store, she was asked to serve as a shop steward because she had long been speaking up for and helping her fellow associates. Ever since, she developed a reputation not only for organizing but for solving problems in her stores. “I never had any grievances,” she said. “I always tried to work things out with the manager before issues would get to that point.”

An Alexandria resident, Laurette is looking forward to retirement. “I plan to travel a lot,” she said, “and spend more time with my son, my four granddaughters, and my great grandson.” All live nearby in Manassas.

“I’ve really enjoyed being a shop steward and a Local 400 member,” Laurette said. “Our reps do a wonderful job and it’s great to be able to help people. My co-workers were coming up to me before I retired saying, ‘What are we going to do Miss Laurette when you’re gone?’ I’d always reply, ‘You’ll be okay.’ And that’s true—because our union’s in great shape.”