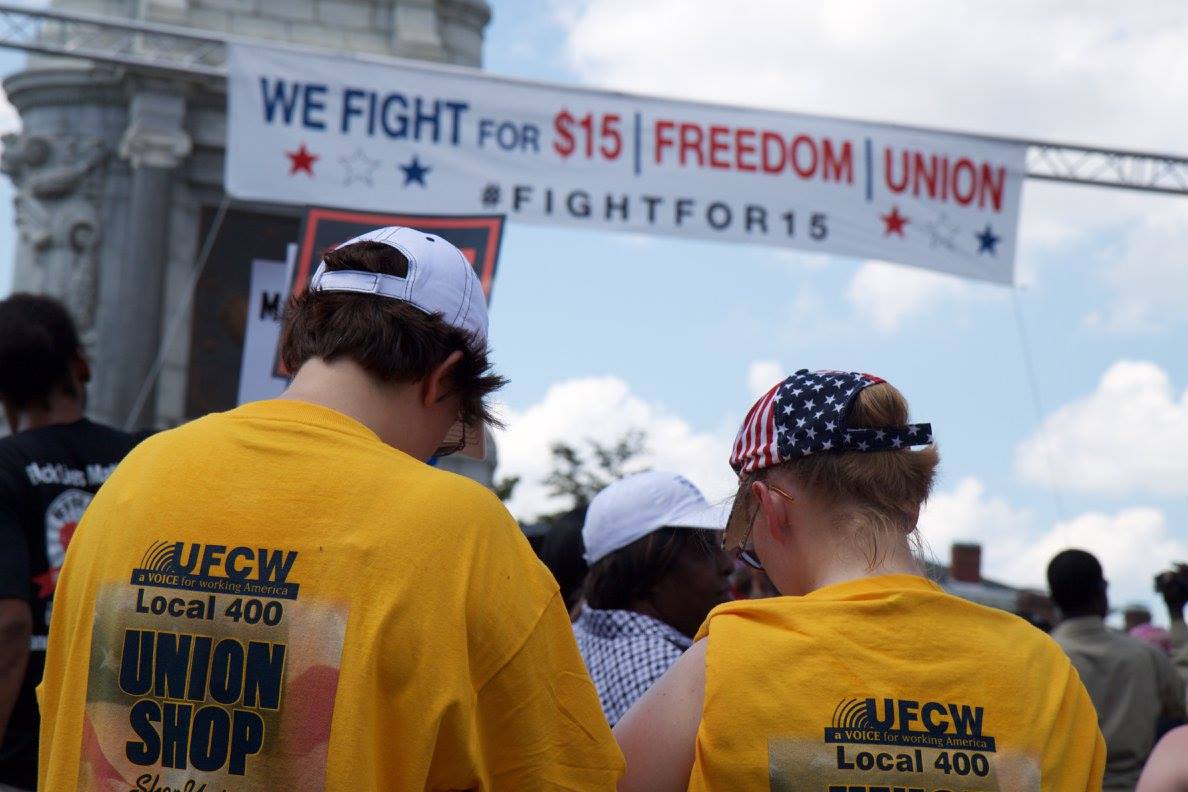 Over the weekend, thousands of workers in DC and Maryland received a much deserved wage increase as the result of a long battle led by UFCW Local 400 and other advocates as part of the Fight for $15. The statewide minimum wage in Maryland went up 50 cents to $9.25 on July 1. In DC, the minimum wage went up a full dollar to $12.50.

Some Maryland counties are moving faster than the state. In Montgomery County, the minimum wage is now $11.50 and in Prince George’s County the minimum wage is set to change to $11.50 on October 1. These increases will not only compensate workers more appropriately for the work they are already doing, but will also allow them more stability in their jobs, as studies have shown that with increases in minimum wage makes workers less likely to leave their jobs.

At Local 400, we have also been able to use these wage increases to get further increases for Giant and Safeway members throughout the region, raising the starting wage for workers in Virginia as well. We will continue to use these increases to demand gains for all members in our collective bargaining agreements.

Although the $15 dollar minimum wage is in sight in DC, the battle is far from over. Legislators in Maryland as well as Virginia and West Virginia remain resistant to committing to a $15 minimum wage, and want to wait for more research to be done on the effects of a $15 minimum wage. For right now, the focus for Fight for $15 advocates in both D.C. and Maryland is on the implementation and enforcement of these new laws, which are an exciting step in the right direction.

If you or anyone you know is getting paid below the new minimum wage in the jurisdiction where they work, please contact us at 301-459-3400.