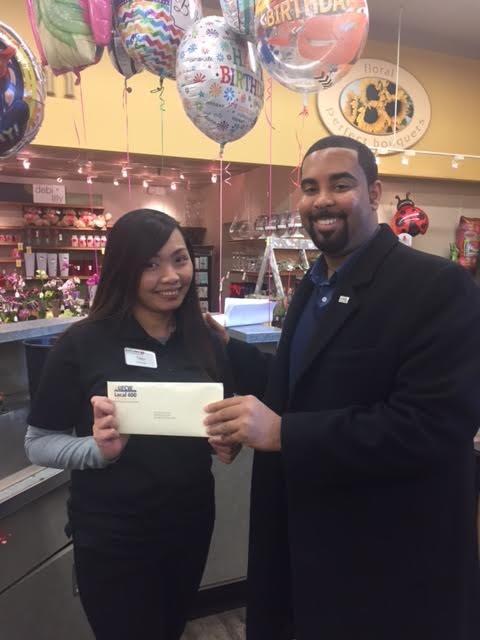 Local 400 member Tracey Anne Goroza from Safeway #1300 in McLean, Va. is the most recent winner of our Active Ballot Club drawing! Congratulations, Tracey!