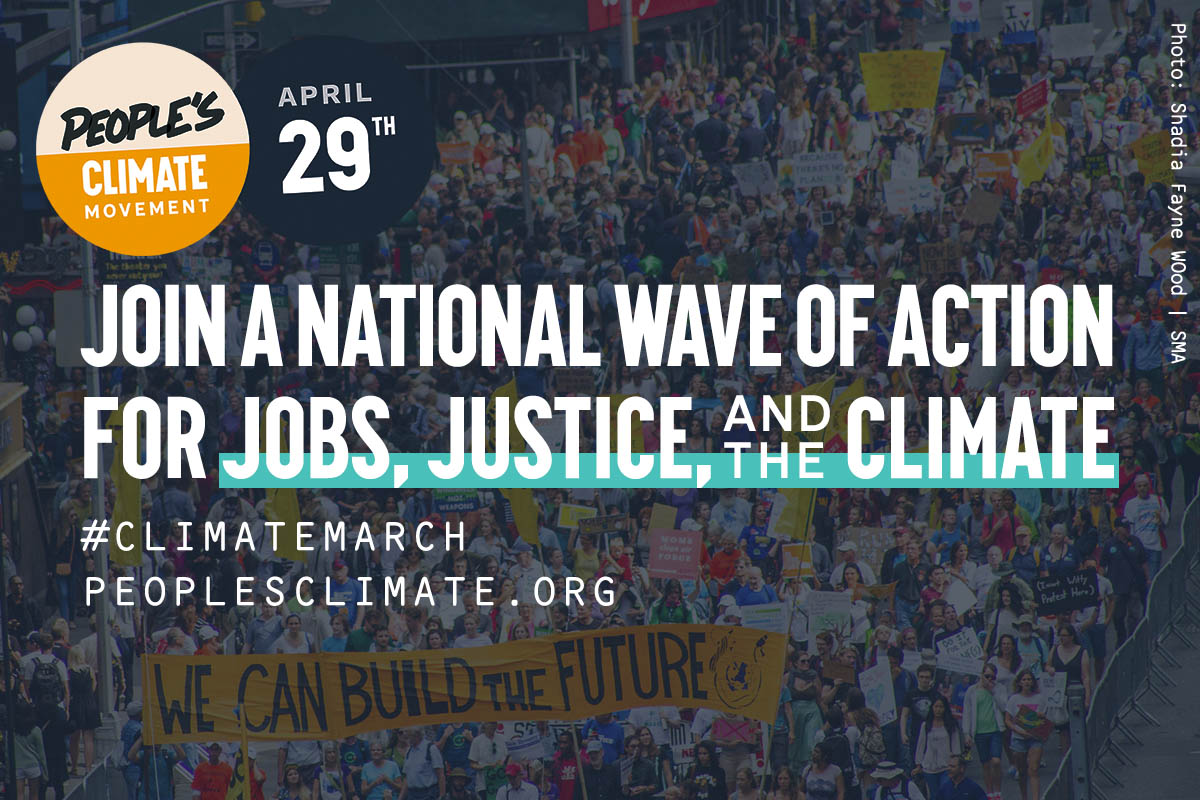 Learn more about the People’s Climate March at peoplesclimate.org

Join Local 400 for the People’s Climate March on April 29th in Washington, DC

Climate change is already causing major problems. We see it in record high temperatures, increasingly severe weather, and rising sea levels. And unless we take bold action now, it will only get worse, ultimately threatening human survival.

That alone is reason enough to combat the root causes of climate change. Unfortunately, too many elected leaders are ignoring the facts, and in many cases, they’re making matters worse.

At Local 400, we know we can’t ignore the facts. Our members will be directly impacted by effects of climate change. Across the globe, research suggests climate change will hurt working families the most. It will impose the greatest hardships on lower-income and working class communities because they are especially vulnerable to flooding, toxic air and water, and other environmental problems. And it will devastate our economy, causing massive job losses.

That’s why Local 400 is proudly joining many other labor unions in the April 29th People’s Climate March on Washington.

“It’s no accident that the Trump Administration and congressional extremists are undoing policies to fight climate change and undermining workers’ rights at the very same time,” said Local 400 President Mark P. Federici. “Their agenda is to enrich big business and the wealthiest Americans at the expense of working families. They’re putting everyone from Big Oil to union-busting employers first and the interests of hardworking Local 400 members last.

“So we must join together with every individual and organization committed to social, environmental and economic justice to resist Trump’s anti-worker agenda,” Federici said. “That’s what the People’s Climate March is all about. I encourage all our members to join us on April 29th.

The march’s agenda includes support for a $15 minimum wage, a demand for a “just transition” for workers negatively impacted by the shift to clean and renewable energy, and a call for bold investments in communities threatened by climate change.

Join us on April 29th in Washington, D.C. for the People’s Climate March. Learn more at peoplesclimate.org and help the spread the word with these helpful resources.