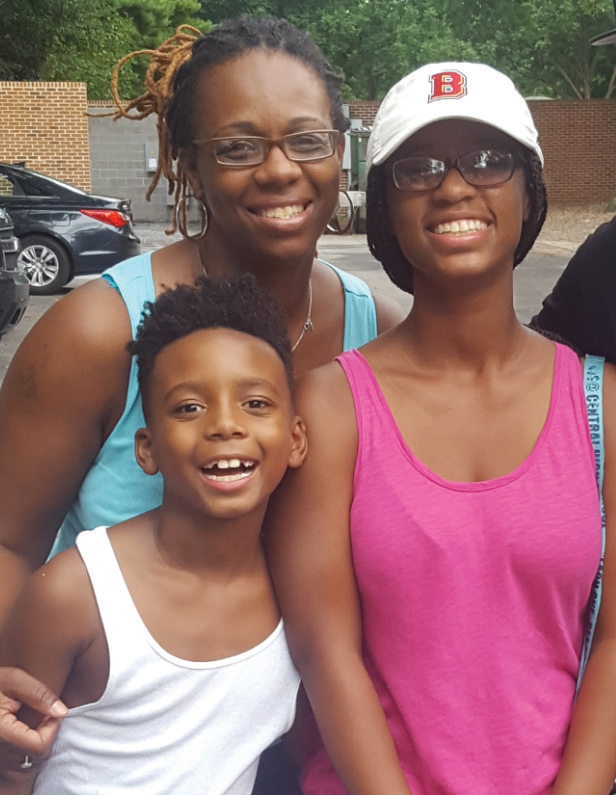 Jibril Wallace has been working at the same Safeway in Washington, D.C. for 28 years, since she was a teenager helping her mother pay the bills. Now her income helps support her two children, ages 18 and 8. Through the years, Jibril moved up from courtesy clerk to food clerk to file maintenance manager, overseeing pricing and tagging. And for much of that time, she had no paid sick days.

“When you were sick, or the kids were sick, you went to work,” Jibril said. “You found a relative who worked in government and had sick leave if you could. Or I’d do the overnight shift and their dad would stay with them, and I’d be there during the day.”

When asked how she managed being sick herself, Jibril said, “I’m not quite sure what that is—you still had to go to work.” For a long time she could get only part-time hours—and part-timers had to be out three days before being paid for any illness. “Your body is giving you a sign that you need to rest,” she explained. “But you’d just medicate yourself, go in and pray you’ll feel better. I had to support myself.”

Jibril described the reckoning she’d go through, imagining the loss of eight hours pay. “I’d already be thinking to next Thursday, what did I have to be planning for financially,” she said. Because hours can fluctuate so much, many employees have to arrange before and after-school care.  Eight hours represents the weekly payment for that care.

But since the District of Columbia’s paid sick days law was expanded to include part-time workers, Jibril has a new peace of mind. “It’s very relieving to know if your kid or you yourself are sick, there will still hours on your check,” she said.

As a Local 400 leader and activist, Jibril makes sure to stay informed and to keep her co-workers informed about their rights. “Management is not going to tell you,” she said. “They tried to play around with it, but it got big, you’d hear it on the news.”

When a manager tried to deny one employee his sick time, Jibril straightened him out. “It’s not coming out of your pocket,” she told him. “It’s the law now.” Jibril is also alerting Safeway workers in Montgomery County, where a strong, comprehensive paid sick days law is now in effect.

Still, workers often aren’t aware of their rights. Jibril described a night stocker who got an infection after having a tooth pulled. “She sent me a picture of how swollen her face was and said she’d been told not to call out.” Jibril told her to take paid sick days. The woman was able to heal and come back to work.

“It’s awesome to know you have that cushion,” Jibril said, “especially when you’re part time. Everybody gets sick, or has a parent or kid who’s sick. This really helps out.”