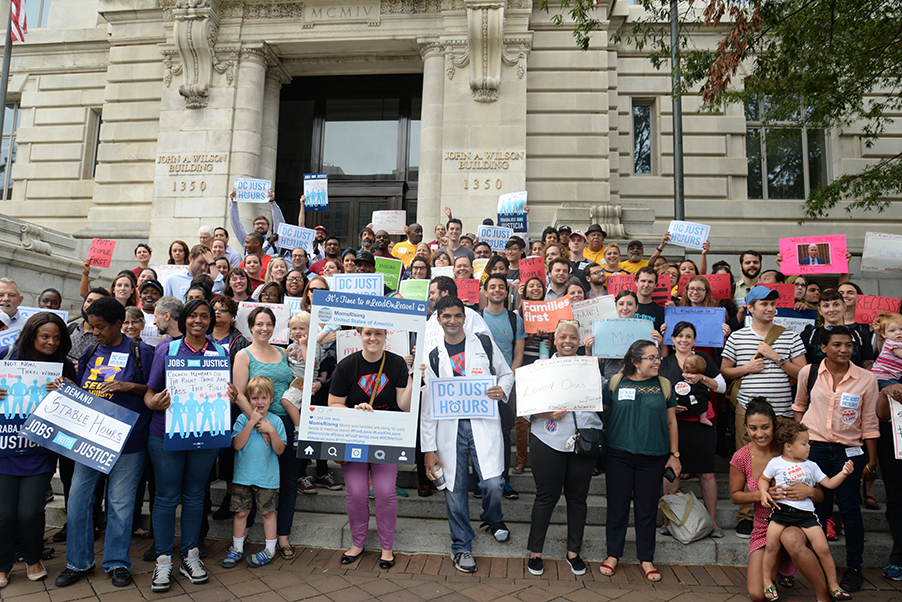 The Council of the District of Columbia not only moved the Universal Paid Leave bill forward on Dec. 6, but restored medical leave to the program. The proposal now includes eight weeks of parental leave, six weeks of family leave and two weeks of medical leave, making it one of the nation’s most generous packages of family and medical leave benefits.

“Today’s vote demonstrates the power of families who united across the District around the shared need for vital benefits,” said Ward 7 resident Dyana Forester of United Food and Commercial Workers (UFCW) Local 400, which represents grocery and retail workers, many of whom are workers of color. “Now it’s up to the council and mayor to take the final step to make it a reality.”

The final vote on paid family leave is scheduled for Dec. 20. Mayor Muriel Bowser has still not indicated if she will ultimately support the bill, despite the backing over 80% of Washington, D.C., residents.

Read the details of the paid family leave bill.