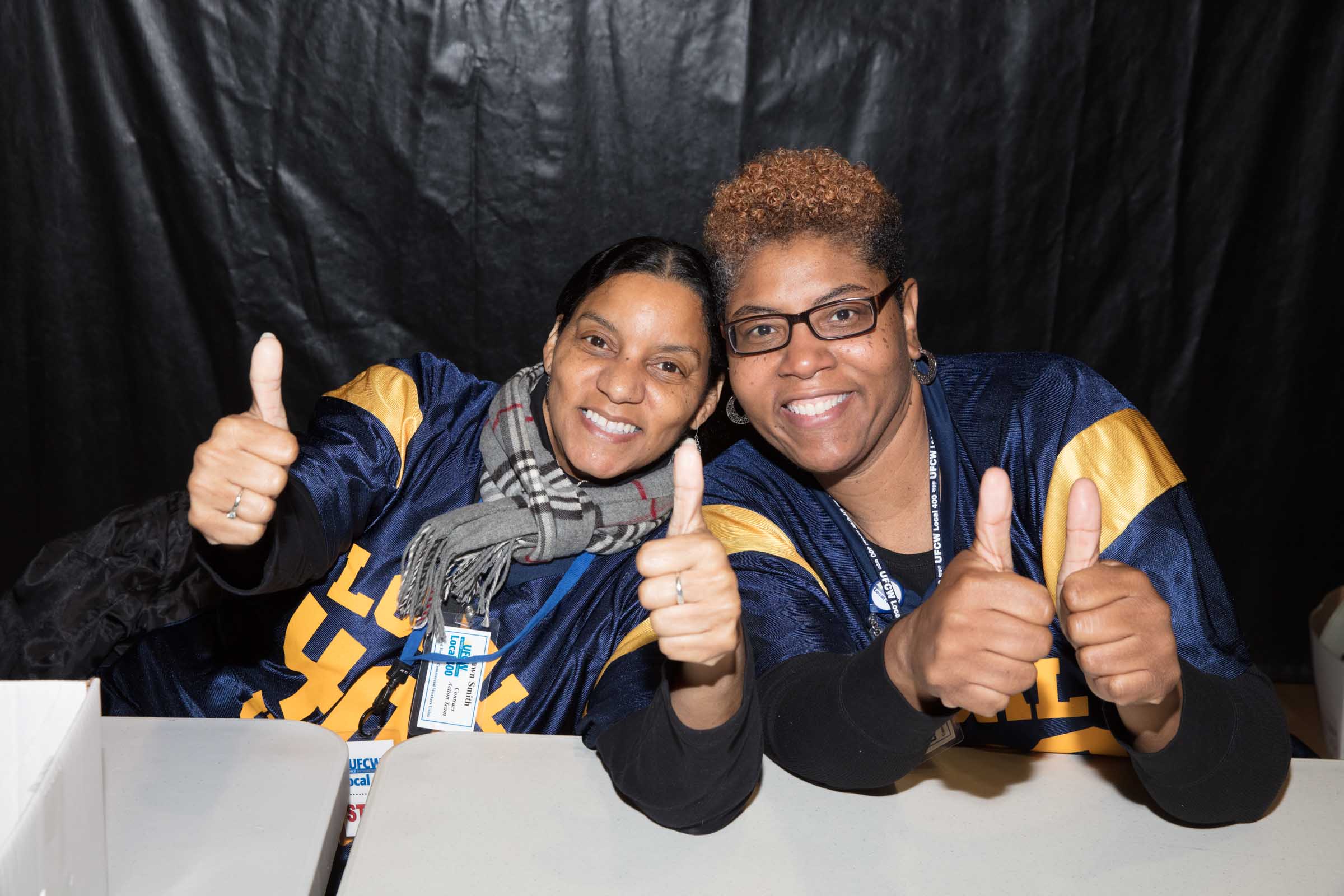 We didn’t get everything we wanted, but both contracts include several key improvements over our previous collective bargaining agreements, including:

Without your support, we would not have been able to defeat any of the company’s proposals or win any of our new gains. By participating in store actions, by engaging your customers and your community, you made it clear to both companies that we would not accept a bad contract.

We’re proud of the gains we’ve made, but we know it’s not everything we deserve. In order to get a strong contract, we must have a strong union. Those of us that sit across the table from Giant and Safeway negotiators know firsthand that it is our power in the stores, not the arguments we make in negotiations, that makes progress possible. If we want to continue to make gains in our contracts, we must continue to build our strength as a union.