Thousands Gather in Richmond for Historic Fight for $15 March 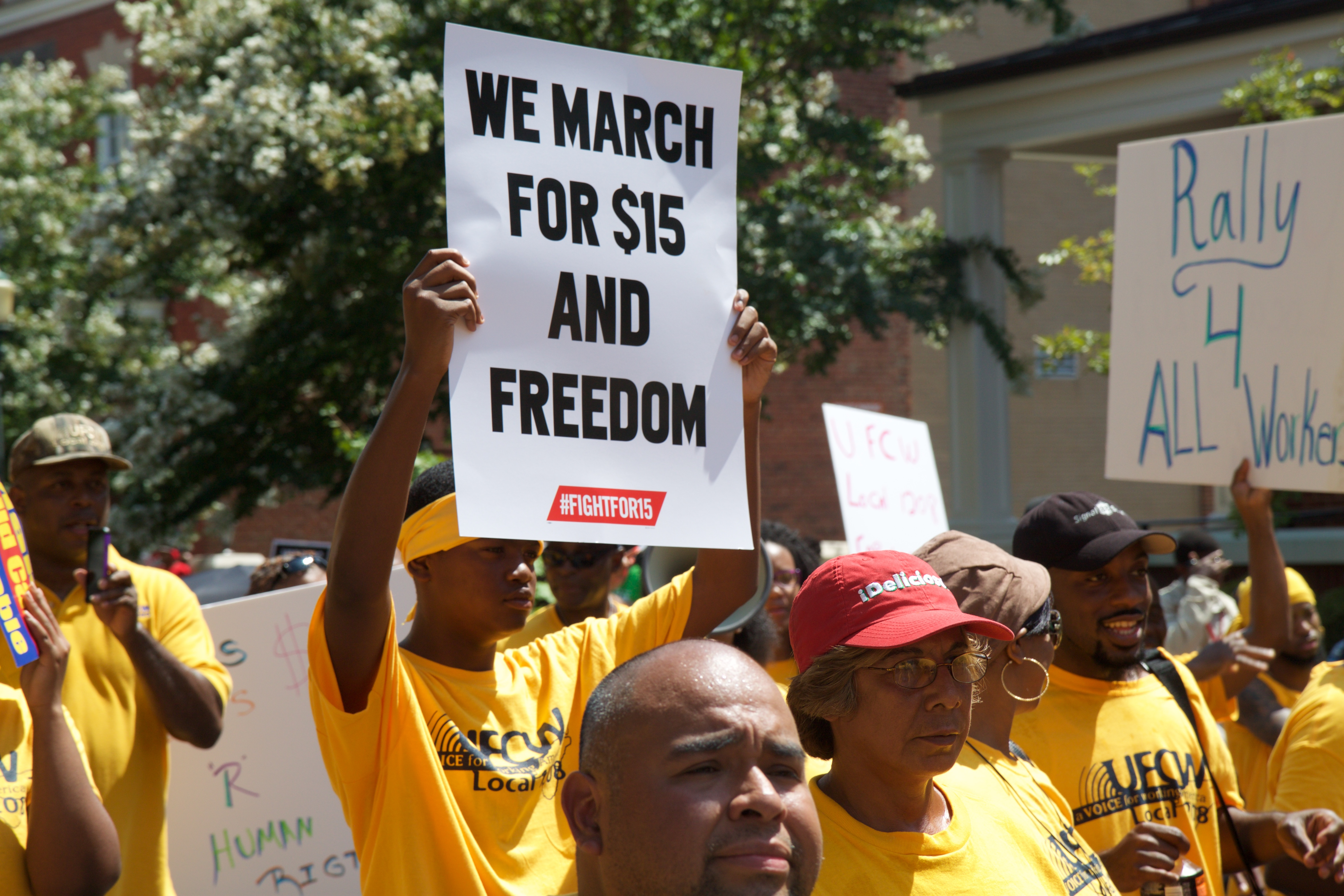 On Saturday, August 13, we made history in Richmond.

Thousands and thousands of us marched through the streets of Richmond to demand economic justice for the 64 million Americans working for less than $15 an hour. The march brought together people from across the country working too much for too little – from Kroger associates to fast food workers to childcare providers and even college professors.

The march culminated the first-ever national Fight for $15 convention, which brought together thousands of underpaid workers to strategize next steps for our growing movement.

The Fight for $15 movement shows us what we can accomplish when we stand together. It all started four years ago when fast food workers in New York went on strike. Since then, it has grown to thousands of cities across the world and has scored victory after victory for working people. Just last month, we passed legislation to raise the minimum wage in Washington, D.C. to $15 an hour by 2020. New York and California have already done the same thing. Seattle, San Francisco, Los Angeles have also gone to $15.

Marja Tippin, a teacher from Oakland, California, explained the importance of the movement to millions of hardworking men and women:

“We need to get a livable wage across the board, and possibly, hopefully, end poverty. We work really hard to provide, and can’t maintain, and that is not right. This is not the American dream, at least not the way I was taught.”

Rev. Dr. William J. Barber II, leader of North Carolina’s chapter of the NAACP who recently made headlines after delivering a speech at the Democratic National Convention, was a featured speaker at the convention. With his piercing moral perspective, the reverend put the crisis facing underpaid workers today in stark relief:

It’s time for an economy that works for us ALL. It’s time for $15 and union rights. We are thousands strong, and we are tired of struggling to get by no matter how hard we work. We deserve better. We know that by standing together, we’ll get the better lives we deserve.