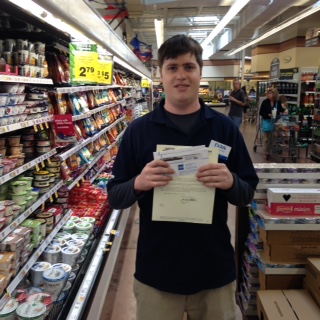 Evan Baldacci, from Kroger 375 in Roanoke, VA, showing off his prize after winning the monthly Active Ballot Club drawing.

This month’s winner is Evan Baldacci from Kroger 375 in Roanoke, VA.

“The reason why I joined the was solidarity and voice of reason,” explained Evan when presented with his prize. “The reason for active ballot club is for movement in the political field.”

Learn more about the UFCW Active Ballot Club and talk to your rep about signing up today!