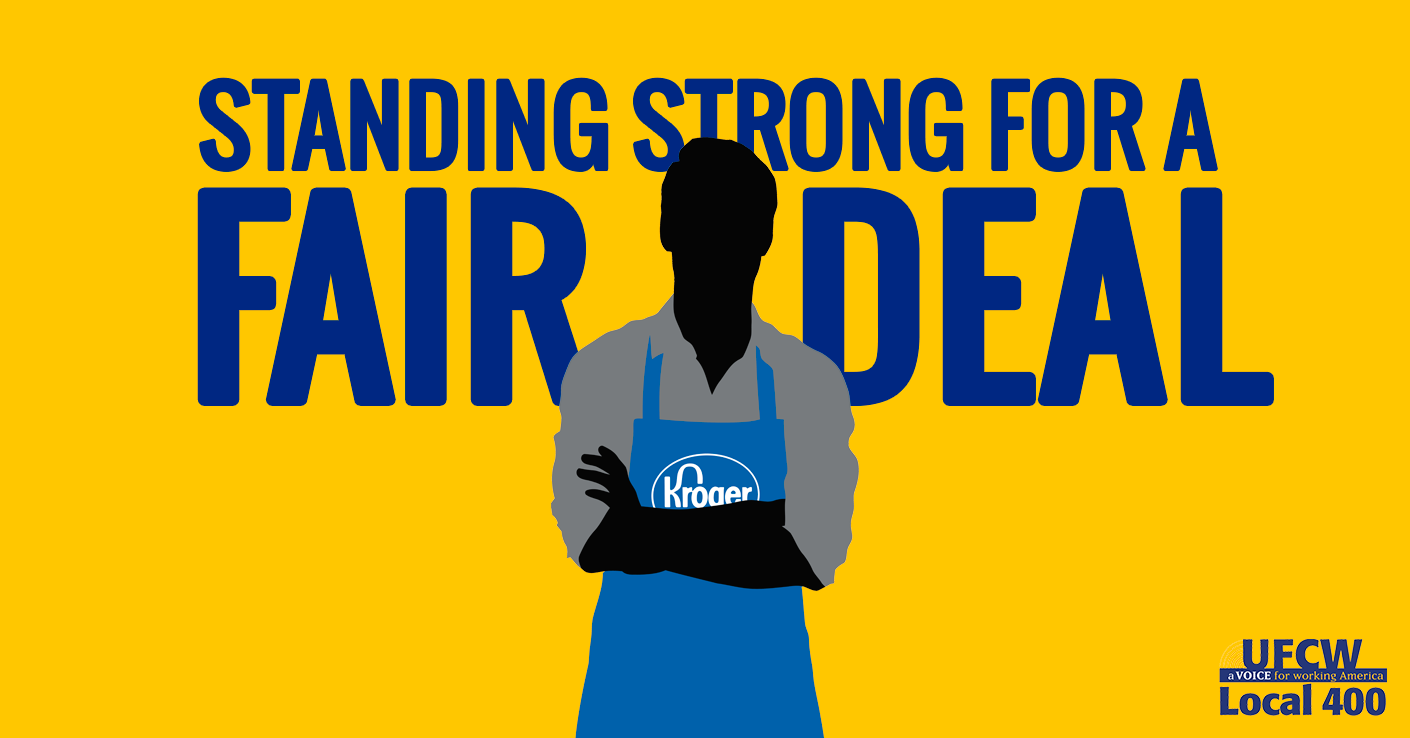 ROANOKE, VA – Thousands of Kroger associates in the Roanoke Valley have been working without a contract since midnight on Sunday, May 8, after the grocery giant presented a last-minute proposal that would have provided only slight wage increases and no paid sick days for store associates. The proposal would also fall short of renewing Kroger’s commitment to providing health insurance for its retirees.

A team of thirteen Kroger employees who make up the union’s bargaining team in contract negotiations with the company voted unanimously to reject the offer. The proposal will now be voted on by the entire union membership.

Rick Howell, a member of the bargaining team who works at a store in Roanoke, underscored the seriousness of the committee’s decision:

“No member of this committee takes this lightly, but the general feeling was this: Kroger simply does not demonstrate that it wants to pay its workers decently, that it wants to provide such common amenities as sick days and personal days, or that it wants to provide retiree health benefits. This company is awash in profits…and it still acts as though its money is tight, and that it just can’t ‘afford’ to do any better for its workers. Committee members felt that it was time to send Kroger a strong message: we’ve helped you be successful; now reward us decently and let us share in your success.”

Kroger is the largest traditional grocer in the United States and made a record-breaking $2.4 billion in profits last year alone. The company spent that same amount in cash to purchase Harris Teeter in 2013. Despite its skyrocketing success, Kroger has refused to provide its associates with paid sick days, and is proposing to force all retired employees off of the company-provided healthcare and onto “Obamacare” exchanges funded by taxpayers.

The contract covers 41 Kroger stores in the region stretching from Kingsport, TN to Harrisonburg, VA. Approximately 3,000 of the affected associates are union members with Local 400 of the United Food & Commercial Workers (UFCW).