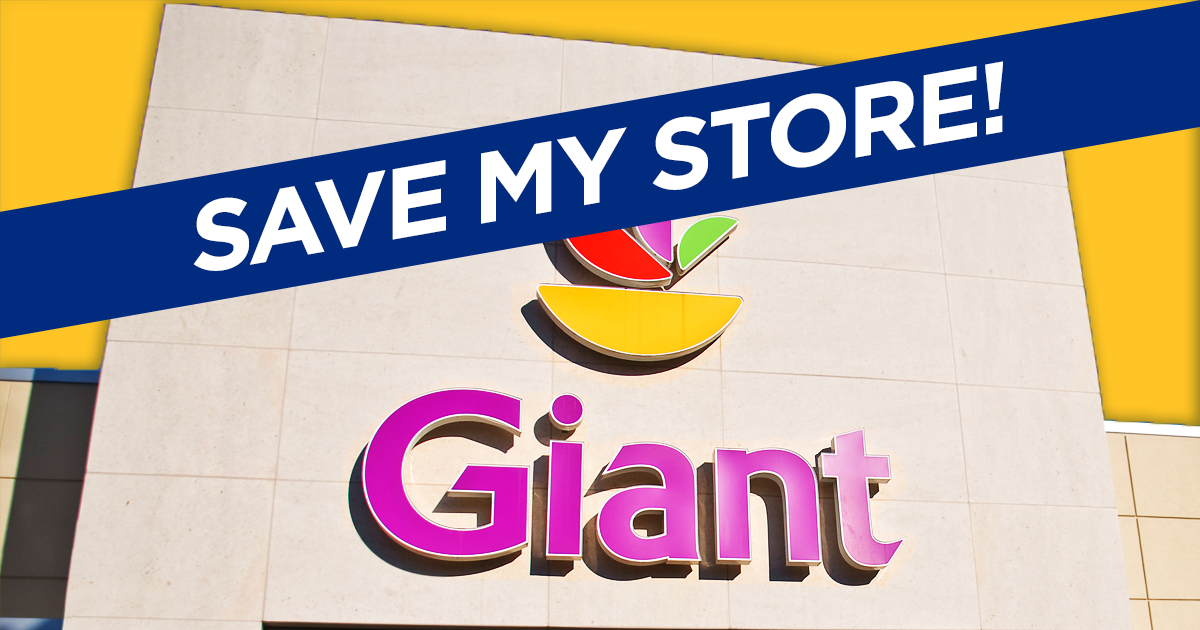 On March 15, following the shareholders’ approval of a merger between Ahold and Delhaize, the parent companies of local grocery chains Giant Food, Food Lion, and Martin’s, employees at eight area stores were informed that their stores may be sold as a result of the merger.

With the future of so many jobs at stake, Giant Food employees launched the “Save My Store” campaign the following week with a press conference and a petition to Ahold/Delhaize which is steadily gaining thousands of signatures from employees and customers.

Now, the campaign is hosting a series of four town halls in the communities surrounding the threatened stores to bring together employees, customers, elected officials and other leaders to do whatever it takes to keep quality jobs and shopping options intact.

Representatives of Ahold and Giant Food were also invited to attend, but the company has refused to respond.

Visit SaveMyStore.org to learn more, including previous press coverage, a map of stores threatened by the merger.