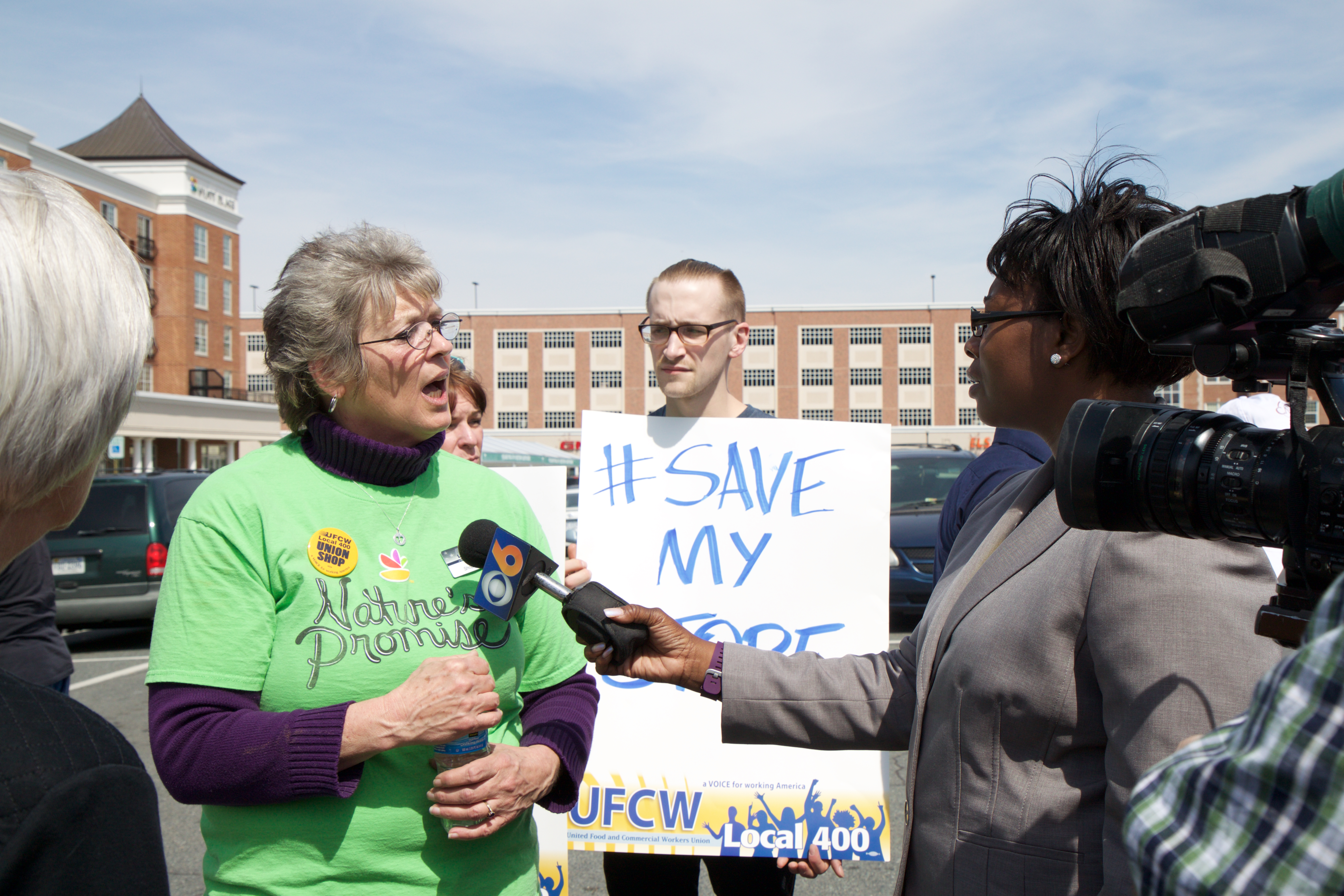 Yesterday, nearly 100 Giant Food employees were joined by local elected officials and community leaders to launch a campaign to save six stores in the region Fredericksburg region (and two others in southern Maryland) from potential sale.

With the future of so many jobs at stake, workers at Giant Food stores in Fredericksburg held a press conference to tell Ahold/Delhaize and any potential buyers that they will do whatever it takes to preserve their collective bargaining agreement – regardless of who owns the stores or what brand they are operated under.

Robyn Wheeler, who works at the store where the press conference was held, has 36 years with the company. Her father worked for Giant for nearly 38 years and her daughter and son-in-law also work there. “Together, we have 95 years of experience with this company. We just want to keep our jobs and our customers,” she said.

Because the merger has yet to be approved by federal regulators, there is very little definitive information at this point, but attendees were undaunted.

“I’ve got no more information about this situation than you do right now,” said Mark Federici, President of UFCW Local 400. “And that’s the hardest thing, is this whole circumstance is as clear as mud,” he said. “You’re looking for answers. You’re looking at things as to which way it’s going to go. What choices you’re going to have to make. Right now nobody can answer any of those questions.”

The workers were joined by several community leaders, including Mary Katherine Greenlaw, Mayor of the City of Fredericksburg; Vernon Green Jr., Vice President of the Stafford Branch of the NAACP; Rev. Hashmel Turner, a former city councilman; and Luis Aguilar, Advocacy and Elections Specialist for CASA.

To stay in the loop as this campaign develops, sign up for our mobile text alerts:

Text SAVEMYSTORE to 698329 (message and data rates may apply).