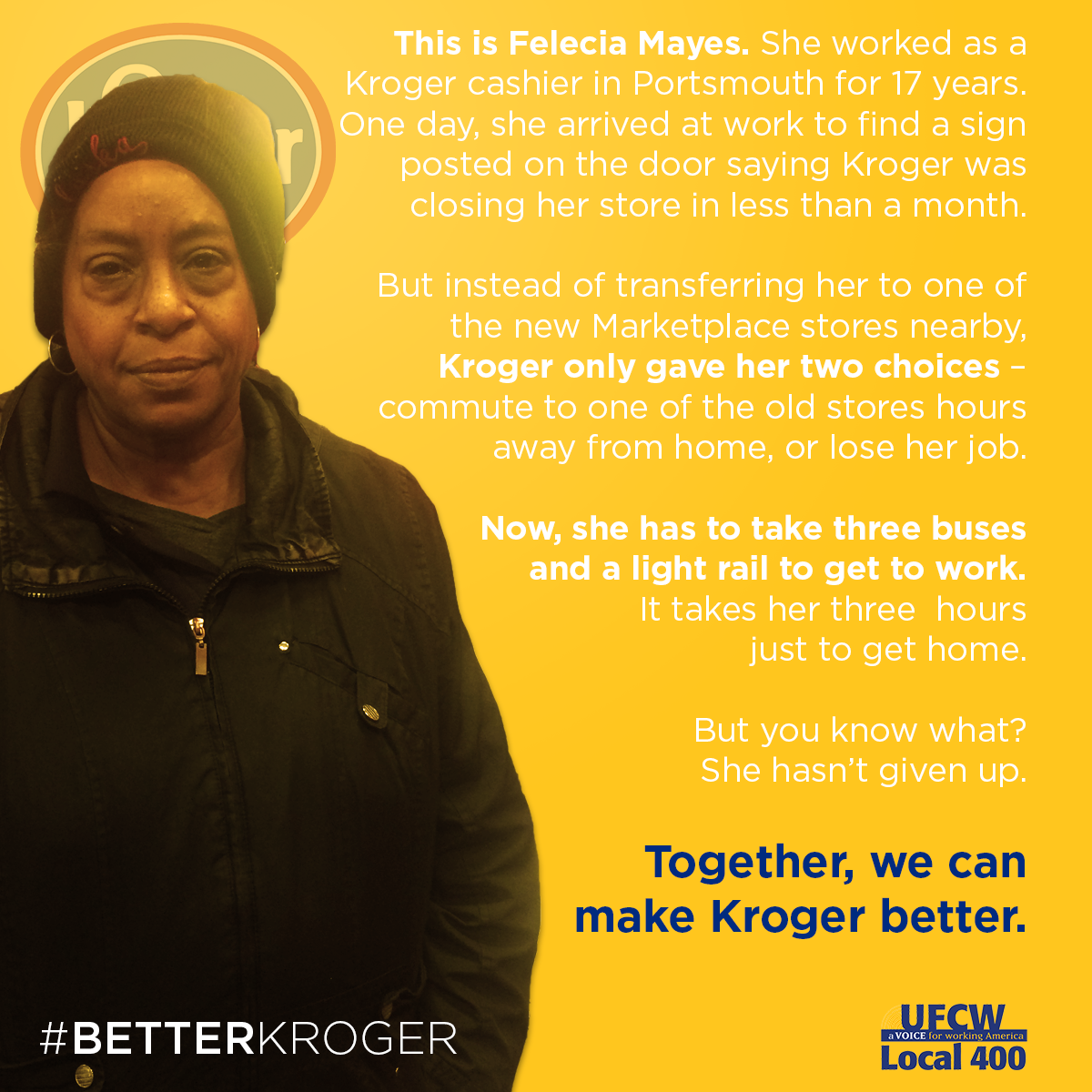 Joined by elected officials and community leaders, Kroger coworkers come to aid of 18-year employee who suffered a stroke on the bus after being forced to commute two hours to work

Felecia Mayes has worked as a Kroger cashier for 18 years. Last year, she arrived to the Portsmouth store where she worked to find a sign posted on the door saying Kroger would be closing in less than a month. When Felecia applied for a transfer to the new Kroger Marketplace store only minutes from her home, the company denied her request. Instead, Kroger gave her two choices – commute to a store two hours away from home or lose her job.

Last week, while taking the two-hour trip to work, Felecia suffered a stroke on the bus. Her doctor attributes to the stress and physical difficulty of her new commute. Meanwhile, there is a Kroger store within eyesight of her home. Her doctor’s say she can not keep doing the commute.

After hearing the news, Felecia’s coworkers collected hundreds of signatures from Kroger employees on a petition demanding the company immediately transfer her to the Kroger Marketplace a short walk from her home.

Along with her coworkers, elected officials, community leaders, and union representatives, Felecia will deliver those petitions to the store manager at the Kroger Marketplace near her home.

They are calling on Kroger to respect the dedication of an 18-year associate by transferring her immediately to the Kroger Marketplace in Portsmouth.