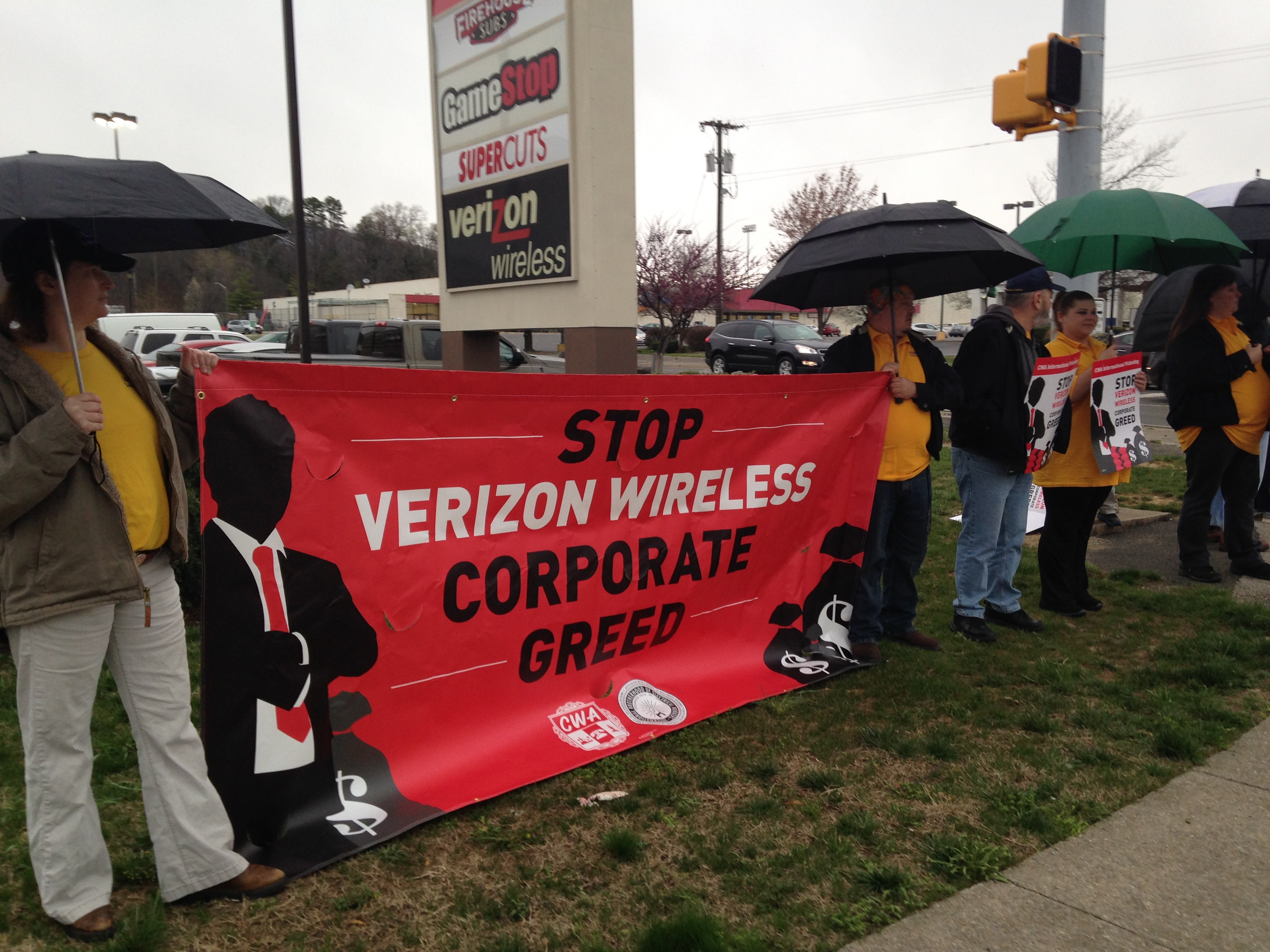 Despite the bad weather, Local 400 came out to show solidarity with CWA Local 2204 at an informational picket on March 19, 2016.

On Saturday, March 19, Members of UFCW Local 400 were proud to join our brothers and sisters in the Communications Workers of America (CWA), Local 2204, at an informational picket at a Verizon Wireless store in Salem, Va.

CWA represents Verizon Wireless workers only in Boston and New York. “We plan to expand that through various organizing drives in our areas,” said Chuck Simpson, Local 2204 President.

CWA has been negotiating with the larger Verizon company since last June, and the company has proven to be very difficult and contemptuous of the union and its goals for a new contract, according to Simpson.

Verizon reaps about $1.5 billion profits per month, yet has sought to cut healthcare benefits and pensions. “There is no reason [for this],” Simpson said, “nor should they have the right to force employees to move from work to work location at the company’s desire.”

The informational picket was held as rain clouds threatened, and was greeted by some notable support from passing cars in front of the store in Salem. Local 2204 has been holding such events in Roanoke and Salem during the long course of negotiations.

Simpson expressed his gratitude to the UFCW members – some of whom drove long distances – for their support. “Such solidarity!” he said. “It is much appreciated.”

You can read more about the struggle CWA is facing with Verizon on the local’s website.