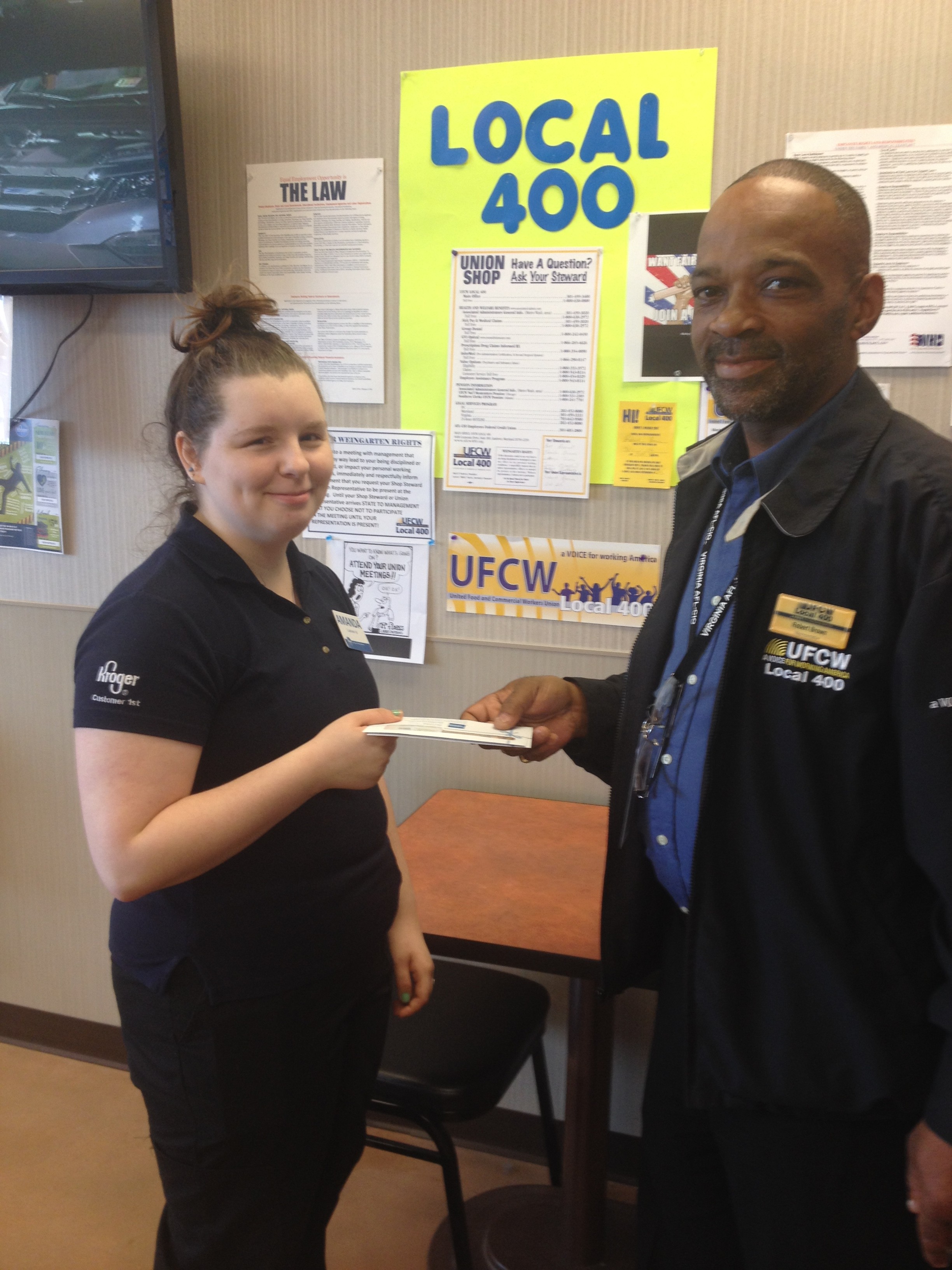 This month’s winner is Amanda O’Malley from Kroger 515 in Mechanicsville, VA. Amanda has been with Kroger since October 2014 and was excited to receive a $250 gift card in this month’s drawing.

When asked why she joined the Active Ballot Club, she said “I want to support my union and political candidates promoting workers.”