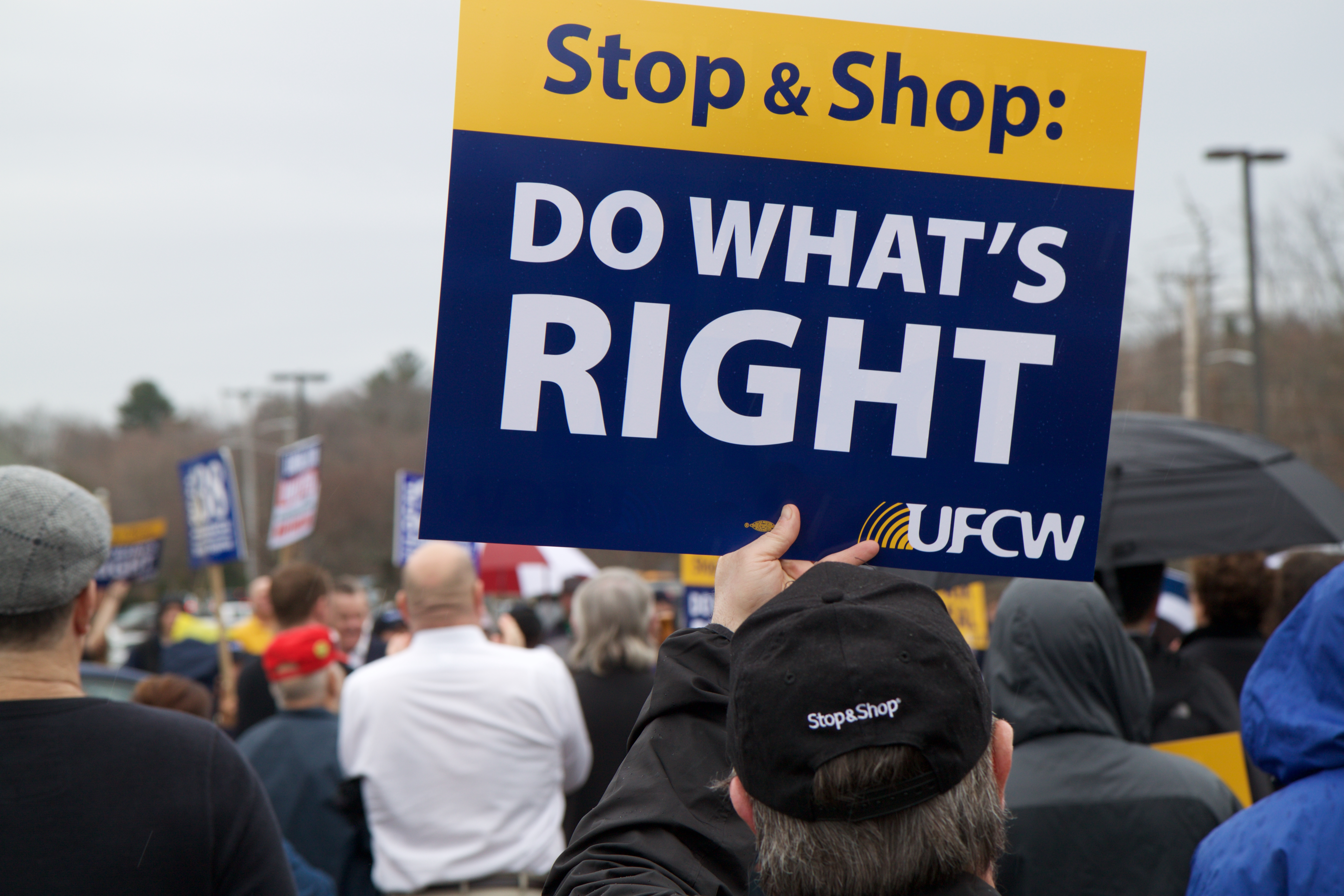 With negotiations continuing to drag on, 35,000 hardworking men and women at Stop & Shop stores in New England have been working under an expired contract since late February.

Today, the New England Council of the United Food and Commercial Workers (UFCW) union announced a series of rallies in the campaign for a fair contract for 35,000 Stop & Shop workers in New England.

Last week, Stop & Shop workers held a rally at a store in Braintree, MA, where they were joined by hundreds of customers, elected officials, and community supporters, including Local 400 organizers. Following last week’s event, five more rallies have been scheduled throughout the region:

Stop & Shop’s parent company, Netherlands-based grocery giant Ahold (which also owns Giant Foods), recently announced operating profits for last year in excess of $1.4 billion. Today, Ahold and Delhaize shareholders approved the merger of their companies, which will be completed later this year. Prior to closing of the merger, Ahold shareholders received a payout of more than $1 billion.

While paying out dividends to foreign shareholders, the company is demanding that workers accept cuts to longstanding benefits, decreasing take-home pay and cutting future retirement benefits despite a fully-funded and secure pension fund. The company is further demanding that future workers be given second-rate benefits and pay, transforming Stop & Shop’s once middle-class jobs into low-wage jobs.

“Unions like the UFCW built America’s middle class,” said Senator Elizabeth Warren in a letter of support for the workers. She went on to call it “critically important” that Stop & Shop workers achieve a contract that “provides strong wages, comprehensive benefits, and retirement security.”

“Stop & Shop’s proposals show that the company has strayed from its core values,” said Tim Melia, president of UFCW Local 328. “This used to be a company that took pride in offering the best wages and benefits in the region, and attracting the best workers. Our members are only asking for their fair share of the success their hard work has built.”

To show your support for a fair deal at Stop & Shop, call the company’s service line at 1-800-767-7772 and tell them to stop threatening our New England members and their families.