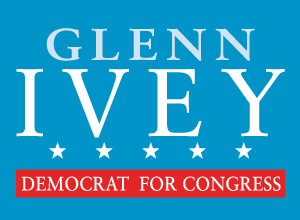 Mark Federici, President of UFCW Local 400, issued the following statement regarding the endorsement:

“Glenn Ivey has, and always will be, a friend to working families. In a time when Congress just isn’t working for our families, we know Glenn Ivey is the champion we need to raise wages, create jobs and expand vital middle class programs like Social Security, Medicare, Medicaid and Obamacare.”

Local 400 has more than 2,500 members in Maryland’s 4th Congressional District and an additional 10,000 members throughout the state working in the retail food, health care, retail department store, food processing, service and other industries.

“So proud to have the support of the hard-working families of UFCW Local 400,” said Ivey. “I pledge to work hard everyday to get results for them like I did when I was State’s Attorney. In Congress, I will fight to preserve the accomplishments of President Obama against extremist Republican attacks in order to strengthen our families.”