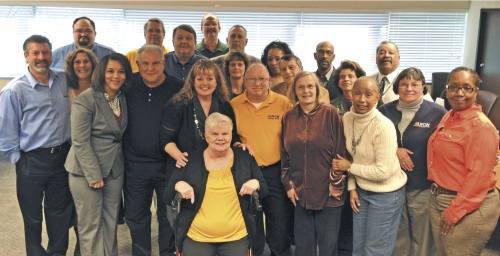 Federici and Harris, who were originally elected by the Local 400 Executive Board in January, pledged to make the union more unified than ever and to build member activism to new levels.

“I am deeply humbled that our members have chosen to put their faith in our leadership team,” Federici said. “Together, in solidarity, we are going to continue to move Local 400 forward and lift all of our members up. Together, our members are going to be empowered through greater activism, as they mobilize into a powerful army fighting for justice and a better future.”

“We are going to continue putting all of our members first in everything we do,” Harris said. “As a member for more than four decades, I have devoted my life to my sisters and brothers. We are one union—united—and we are part of the greatest movement for social and economic justice in world history. Helping hard-working people lift themselves up into the middle class is not our job—it’s our mission.”